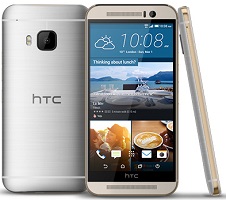 The ongoing Mobile World Congress (MWC) 2015 in Barcelona has already seen a number of interesting product launches by the likes of Samsung, Microsoft, Gionee, Sony, Lenovo, and Huawei, etc. In this article, we are going to talk about the products launched by Taiwanese manufacturer of tablets and smartphones HTC.

The company has unveiled the successor to its flagship device HTC One M8. Christened One M9, the smartphone comes with a more powerful camera, bigger battery, and it runs on the latest Android Lollipop operating system. Here is a low-down on everything you need to know about the device, from its specifications and features, to a spec-to-spec comparison with its predecessor.

In addition, the company has also taken the wraps of its first fitness tracker, as well as virtual reality (VR) headset. Here is a detailed look at each of the devices.

The smartphone features a 5 inch full HD Super LCD3 capacitive touchscreen display (1920Ã—1080 pixel resolution) with 441 pixels per inch pixel density and runs on the latest Android 5.0 Lollipop operating system (with HTC Sense UI 7.0). It is powered by a Qualcomm Snapdragon 810 octa-core (2 GHz quad-core + 1.5 GHz quad-core) 64-bit processor and has 3 GB RAM. The internal memory of the device is 32 GB, which can be further expanded up to 128GB with a microSD card.

Additional features of the camera include automatic simultaneous video and image recording, geo-tagging, face/smile detection, High Dynamic Range (HDR), and panorama, among others. On the connectivity front, the device has Bluetooth 4.1, Wi-Fi, 3G and 4G LTE, as well as a microUSB port and a microSD card slot. The dimensions of the device are 144.6 mm x 69.7 mm x 9.6 mm and its weight is 157 gm.

HTC has provided a 2,840 mAh battery in the device that it claims will provide up to 25.4 (2G) and 21.7 hours (3G) of talk time, and 391 (2G) and 402 (3G) hours of stand by time. According to the company, One M9's battery can be charged up to 60 per cent in just 30 minutes with Quick Charge 2.0. The smartphone has FM radio with RDS, GPS (with A-GPS support), and comes with Near Field Communication (NFC). It will be available in four colour combinations that include gunmetal gray, amber gold, silver/rose gold, and gold/pink.

HTC Sense 7: Delivers the most useful apps to the homepage based on your location, whether you are at home, work, or play. In addition, a more intelligent HTC BlinkFeed recommends points of interest, news and information by using location data.

HTC Connect: A three-finger swipe on the screen connects the phone to compatible TVs or external speakers, while the playlist feature allows multiple smartphones to share a speaker with Qualcomm AllPlay. The HTC One M9 also comes exclusively preloaded with the Peel Smart Remote app. The app even learns from your viewing habits, transforming your phone into a personal TV guide and remote control.

While details about the smartphones' India launch date and exact pricing are not available as of now, its predecessor One M8 was launched last year for Rs 49,900 in the country.

In comparison, the HTC One M8 features a 5 inch full HD Super LCD3 capacitive touchscreen display (1920Ã—1080 pixel resolution) with 441 pixels per inch pixel density and runs on the Android 4.4.2 KitKat OS (with HTC Sense). It is powered by a 2.3 GHz quad-core Qualcomm Snapdragon 801 processor and has 2 GB RAM. In terms of internal memory, users can choose between 16 and 32 GB models, which can be further expanded up to 128GB with a microSD card.

On the connectivity front, the device has Bluetooth 4.0, Wi-Fi, NFC, 3G and 4G LTE. It also has a microUSB port and a microSD card slot. HTC has provided a 2,600 mAh battery in the device, which it claims will provide up to 20 hours of talk time and 496 hours of standby time on 3G. The dimensions of the device are 146.36 mm x 70.6 mm x 9.35 mm and its weight is 160 gm. It has GPS (with A-GPS support) and a stereo FM radio with RDS. This one is available in gunmetal gray, glacial silver, and amber gold colours.

The company also unveiled its first GPS-enabled smart fitness tracker called HTC Grip. The device is powered by UA Record (from Under Armour) and offers tracking across a range of sports and activities. Compatible with Android and iOS devices, as well as Bluetooth-enabled accessories like heart-rate monitors, Grip is capable of tracking and recording a variety of workouts from running and cycling to time spent at the gym.

According to the company, the curved 1.8 inch PMOLED display (32 x 160 pixels resolution) with 90 ppi pixel density of the device makes it easy to read time, distance and notifications on the move. Its 100 mAh battery lasts up to five hours when the integrated GPS is turned on, enabling Grip to capture route, distance, pace and calories burned. While for everyday usage, it lasts up to 2.5 days on a single charge.

In addition, the fitness tracker's auto sleep detection records the total amount of time spent asleep, as well as periods of deep and light sleep.

HTC has also partnered with entertainment software technology company Valve to debut RE Vive, a virtual reality (VR) headset. According to the company, RE Vive combines Valve's Steam VR tracking and input technologies with HTC's design and engineering talent to offer an immersive experience. The headset offers a 1,200 by 1,080 pixel screen in front of each eye, with refresh rates of 90 fps. It also combines a gyrosensor, accelerometer, and laser position sensor to track the rotation of your head on both axes, allowing you to look around the virtual environment naturally.

HTC is also introducing new wireless VR controllers that come in a pair and will allow you to use virtual objects and interact with the virtual world. According to the company, the HTC Vive developer edition will be launched in Spring 2015, while the consumer edition will be made available by 2015-end.