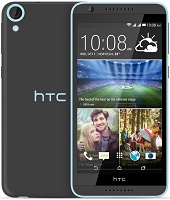 Taiwanese manufacturer of tablets and smartphones HTC has further expanded its 'Desire' range of smartphones in the country with the launch of a new device. Christened Desire 820s, the smartphone sports a 5.5 inch display and runs on the Android operating system. Targeted at the mid-price range segment of the market, it is available for purchase for Rs 24,890 in India.

The device was first unveiled in Jan this year.

The company already offers two other variants of the smartphone in India, which include Desire 820 and Desire 820Q. While Desire 820 is priced at Rs 22,500, 820Q is available for slightly higher at Rs 24,990 in the country.

The smartphone has a 5.5 inch HD capacitive touchscreen display (720Ã—1280 pixels resolution) and runs on the Android 4.4.2 KitKat OS (with HTC Sense UI). It is powered by a 1.7 GHz octa-core processor and has 2GB of RAM. The internal memory of the device is 16GB that can be further expanded up to 32GB with a microSD card.

Desire 820s sports a 13 megapixel autofocus rear camera (with BSI sensor) with LED Flash that can record full HD videos (1080p) at 30 fps. In addition, it has an 8MP front-facing camera for video calling that can also record full HD videos. On the connectivity front, the device has Bluetooth 4.0, Wi-Fi, 3G, and 4G LTE, as well as a microSD card slot & a microUSB port.

The dimensions of the device are 157.77mm x 78.7mm x 7.7mm and its weight is 155 gm. The company has provided a 2,600 mAh battery in the device, which it claims will provide over 12 hours of talk time and 560 hours of standby time. The smartphone comes with dual-SIM capability and GPS (with A-GPS support). It also has dual frontal stereo speakers with built-in amplifiers and is available in tuxedo grey colour.