Lava's sub-brand XOLO has further expanded its range of devices by launching a new phablet in the Indian market. Christened XOLO LT2000, it sports a 5.5 inch display and runs on the latest Android 5.0 Lollipop operating system. It has been priced at Rs 9,999 in the country.

Just yesterday, the company had launched a budget smartphone called Q1001 for Rs 6,199 in India. Read here for more on that.

In addition, Micromax has also added yet another member to its 'Canvas' family of devices called Canvas Juice 2. A successor to the original Canvas Juice (as the name already states), this one sports a slightly smaller 5 inch display and runs on the Android operating system. This one is available for purchase for Rs 8,999 in India. 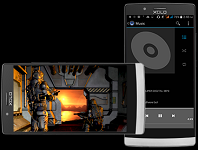 The phablet features a 5.5 inch HD touchscreen display (1280Ã—720 pixels resolution) with 267 ppi pixel density and is powered by a 1.2 GHz MSM 8916 Snapdragon 410 quad-core processor. It runs on the Android 4.4 KitKat OS and has 1GB of RAM. The internal memory of the device is 8GB that can be further expanded up to 32GB with a microSD card.

LT2000 has an 8 mega pixel autofocus rear camera (with BSI2 Sensor) with flash that can record full HD videos (1080p) at 30 frames per second, and a 2MP front-facing camera for video calling. Additional features of the camera include scene detection & tuning, High Dynamic Range (HDR), face recognition, panorama, and geo-tagging, among others. On the connectivity front, the device has Bluetooth 4.0, Wi-Fi, 3G, and 4G LTE, as well as a microSD card slot and a microUSB port.

This one sports a 5 inch HD touchscreen display (1280Ã—720 pixel resolution) and runs on the Android 5.0 Lollipop OS. It is powered by a 1.3 GHz MediaTek MT6582M quad-core processor and has 2GB of RAM. The internal memory of the device is 8GB (5GB for apps and mass storage) that can be further expanded up to 32GB with a microSD card.

Canvas Juice 2 has an 8MP autofocus rear camera with Flash that can record HD videos (720p), and a 2MP fixed focus front facing camera for video calling. On the connectivity front, the device has Bluetooth 4.0, Wi-Fi and 3G, as well as a microUSB port and a microSD card slot. The company has provided a 3,000 mAh battery with the device, which it claims will provide up to 9 hours of talk time and 435 hours of standby time.

The smartphone has FM radio, dual-SIM capability and GPS (with A-GPS support). It is available in silver colour. Micromax has also pre-loaded a number of apps in the smartphone that include M! Live, Housing, Reverie, Clean Master, Snapdeal, Saavn, Paytm, and Quikr, among others.