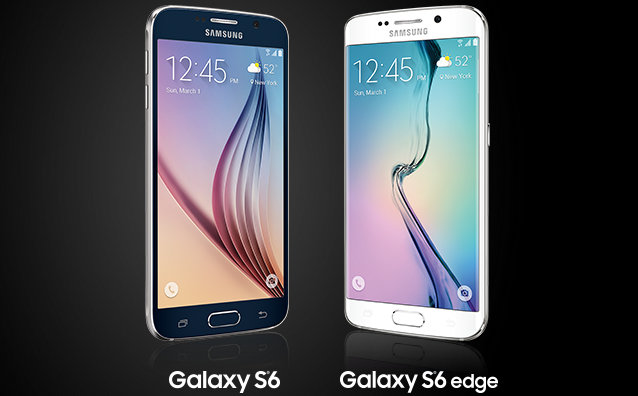 After unveiling the same at the Mobile World Congress (MWC) 2015 in Barcelona earlier this month, Samsung has now launched its flagship smartphones Galaxy S6 and Galaxy S6 edge in the Indian market. Both the smartphones feature a 5.1 inch Quad HD display and run on the latest Android operating system.

While the devices will go on sale on April 10, 2015, pre-bookings for the same are open as of now. 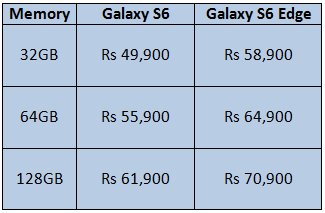 The smartphone has a 5.1 inch Quad HD Super AMOLED capacitive touchscreen display (2560Ã—1440 pixels resolution) with 577 ppi pixel density and runs on the Android 5.0 Lollipop operating system. It is powered by an octa-core (2.1 GHz quad-core + 1.5 GHz quad-core) 64-bit processor and has 3GB of RAM. Users will have the option of selecting between 32, 64 and 128GB of internal memory, but further memory expansion is not available.

Galaxy S6 comes with a 16 megapixel auto-focus rear camera with LED Flash that can record Ultra HD videos at 30 frames per second (fps) and full HD videos at 60fps. It also has a 5MP front facing camera that can also record full HD videos at 30 fps. On the connectivity front, the device has Bluetooth 4.1, Wi-Fi, 3G and 4G LTE (depending on the region), as well as a microUSB port.

The dimensions of the device are 143.4mm x 70.5mm x 6.8mm and its weight is 138gm. Samsung has provided a 2,550 mAh battery in the smartphone, which also comes with GPS (with A-GPS support), Near Field Communication (NFC) and an Infrared (IR) remote. It will be available in white pearl, black sapphire, gold platinum, blue topaz and green emerald colours.

While most of the specifications of the two smartphones are similar, the difference lies in the display, dimensions, and battery capacity.

Display: Galaxy S6 Edge has a 5.1 inch Quad HD Super AMOLED capacitive touchscreen display (2560Ã—1440 pixels resolution) with 577 ppi pixel density. The smartphone sports a curved display that provides users with a new way to access information and engage with their mobile device. And while Samsung's Galaxy Note Edge phablet also sports a curved display, the primary difference between the two is that unlike Note Edge's display that curved on only one side, Galaxy S6 egde's display curves on both sides.

The curved display provides quick access to frequently used apps, alerts and device functionalityâ€“ even when the cover is closedâ€“ all with the swipe of a thumb. Users can also receive notifications directly on the 'edge screen' while watching videos without disturbing their viewing.

Battery: Samsung has provided a 2,600 mAh battery in the smartphone.

The smartphones support universal wireless charging, which basically means both of them will work with any wireless pad available in the market that supports WPC and PMA standards. Also, according to the company, the devices can be charged (via wired charging) 1.5 times faster than the Galaxy S5, and will provide up to 4 hours of usage after only 10 minutes of charging.

Without providing a timeframe for the same, Samsung has also announced that it is planning to manufacture the smartphones in India.