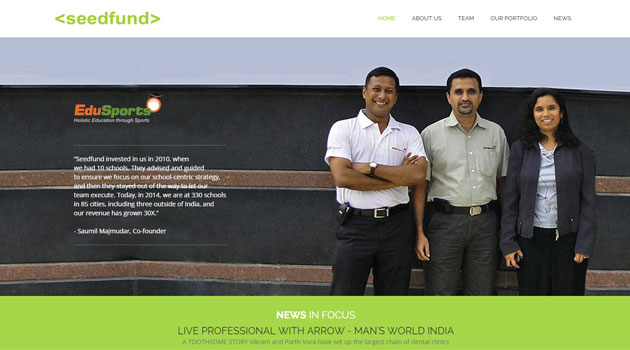 Two of the three co-founding partners of early stage venture capital firm Seedfund are planning to split out to launch a new $60 million fund that will focus on consumer internet startups in the country, according to a report published byThe Economic Times.

Praveen Gandhi and Bharati Jacob, who co-founded Seedfund along with Mahesh Murthy, are said to be moving out and would be joined by other senior team members Sanjay Anandram, Paula Mariwala and Shailesh Vikram Singh in the new fund, the report said citing sources. Singh confirmed the move.

According to the report, Mahesh Murthy wouldn't be a part of this new firm which is likely to be called Oorja Capital.

Gandhi is expected to become the chairman of the investment committee of the new firm with others joining in as General Partners (GPs).

It is not clear who will manage the existing portfolio firm.

Emails sent to the VC firm's co-founders and repeated attempts to contact them on the phone to get more details didn't elicit any response.

Seedfund had raised $54 million in its second fund four years ago—at 3.5x the size of its predecessor.

It has backed over two dozen firms across its two funds and prominent names among them include redBus, Vaatsalya, MyDentist and CarWale. Its biggest exit came when Naspers acquired redBus in a multi-million dollar deal two years ago. Previously CarWale was acquired by Axel Springer.

However, a bunch of startups backed by the VC firm has also failed and some have shut or pivoted.