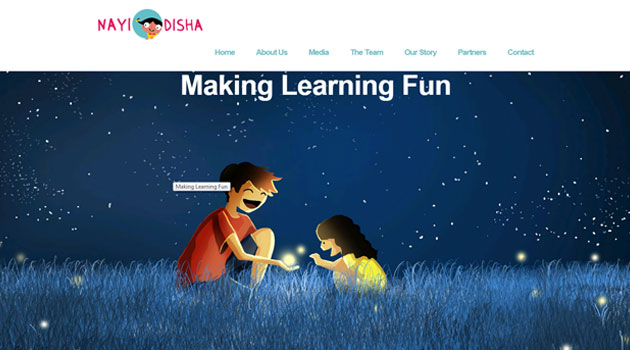 Relan, who has in the past backed online deals aggregator MyDala among other ventures as a private investor, said: "They are trying to revolutionise the existing paradigms of learning in India. It's been adopted by schools, and it's just a question of scaling up from here."

Founded in 2012 by BITS Pilani alumni Kartik Aneja and Kushal Bhagia, Nayi Disha provides motion sensor-based learning apps in a range of subjects, including maths, languages and general knowledge. Aneja and Bhagia had previously co-founded a social media consulting outfit after graduating from BITS. They floated Nayi Disha after spending a year with the previous venture Socialite India. They also count Kunal Chawla as an advisory co-founder.

It claims its products are installed at several schools and pre-schools in Mumbai, Pune, Ahmedabad, Bangalore, Hyderabad, Jaipur, Delhi, Gurgaon and Noida.

An email sent to the company for details didn't elicit any immediate response.

The Economic Times, which first reported the development, said the funds will be used to expand across the country as well as enter international markets, particularly the Middle East, Singapore and the Asia-Pacific region.