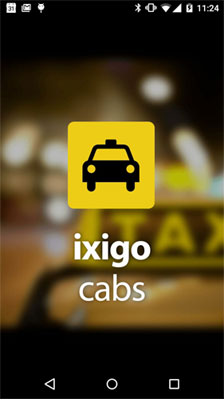 Delhi-based Le Travenues Technology Pvt Ltd, which runs travel search engine service ixigo.com, has launched a new app named 'ixigo cabs' which aggregates cab information and helps Indian travellers find the nearest taxis and cabs around them anywhere in India at the tap of a screen.

"Despite so many taxi apps out there, finding a cab nearby you is still a pain even in metro cities. Also, in smaller towns, knowing which taxi and cab service provider is reliable and getting its phone number to call it can be difficult," said Aloke Bajpai, co-founder and CEO, ixigo.

Available on Android, it claims that it already has over 20,000 downloads from more than 80 cities. In 2011, the company had raised $18.5 million in funding from SAIF Partners and NASDAQ-listed OTA MakeMyTrip.

The firm claims that it has 5 million monthly active users and more than 4 million downloads across apps.

In March 2014, it revamped its trip planner product with a slew of features, including Google Street View, location-based search and user-generated ratings and reviews.

In its segment, the company mainly competes with Wego India and HolidayIQ which raised $12 million (Rs 75 crore) in the fifth round of funding during the first half of 2014 from existing investors Accel Partners and Tiger Global and is eyeing another funding round in 2015.