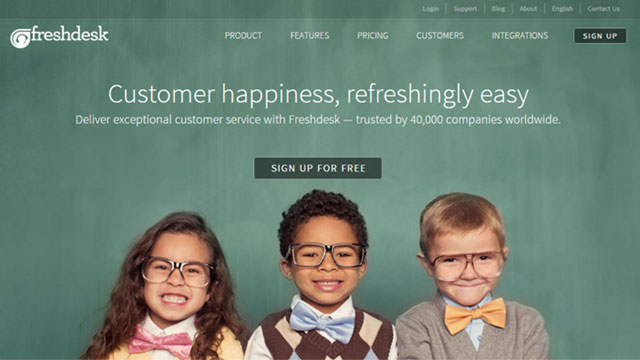 Chennai- and US-based Freshdesk Inc, a provider of SaaS-based customer support platform for enterprises, has raised $50 million (Rs 314 crore) in Series E round of funding from its three existing investors. Tiger Global led the investment with Accel Partners and Google Capital also participating in the round, it said on Monday.

The funds will be used in enhancing its products for its Freshdesk and Freshservice support platforms.

Freshdesk is a cloud-based customer support platform, which aims to make it easy for brands to talk to their customers and for users to get in touch with businesses. It was started to provide email and website integration customer support, and later launched phone-based Twitter and Facebook support as well.

It recently launched Freshservice, a SaaS IT service desk that is providing a modern alternative to complex legacy IT support systems.

The company claims that it has doubled its customer based to 40,000 last year. Its customers include 3M, Honda, Hugo Boss, University of Pennsylvania, The Atlantic and Petronas.

In June 2014, it had raised $31 million (Rs 195 crore) in a Series D round of funding led by Tiger Global. Original early-stage investor Accel also participated in that round which also saw Google Capital coming in as a new investor.

Freshdesk was founded in 2010 by Girish Mathrubootham and Shan Krishnasamy (CTO). Mathrubootham holds an MBA from University of Madras and worked at Zoho Corporation prior to setting up Freshdesk. At Zoho, he met his co-founder who was working as a technical architect at that time. Krishnasamy is an engineering graduate from Thanthai Periyar Government Institute of Technology, Vellore.