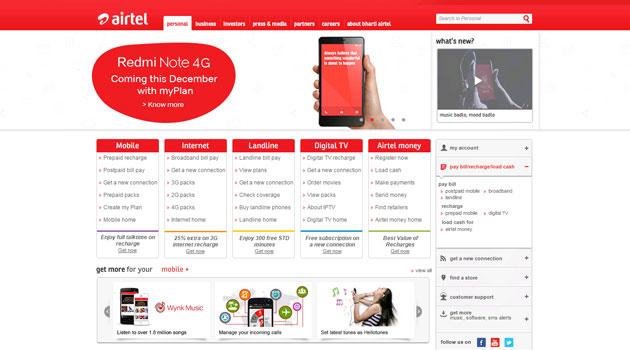 India's top telecom service provider Bharti Airtel Ltd said it will offer free voice calls to any network in the country to its broadband customers, in a strategic move seen as a counter to Reliance Jio's upcoming launch.

Reliance Jio Infocomm (RJIL), a subsidiary of Mukesh Ambani's Reliance Industries with a pan-India broadband licence, is expected to launch fourth generation (4G) telecom services in a phased manner soon. It is expected to pose a huge competition for data+voice services for top telecom incumbents Airtel and Vodafone, among others.

Telcos have been looking to push data services to boost their revenues.

Early this week, Airtel launched two voice calling packs for its broadband customers offering unlimited free voice calls to any number in India on any network, both fixed line and mobile, round the clock.

The new packs are available to both existing and new broadband users of Airtel.

Airtel provides fixed-line telephone and broadband services (DSL) services for homes as well as offices in 87 cities in India. The product offerings include high-speed broadband on copper and fiber and voice connectivity for home segment.

Early this month, government-owned BSNL announced that starting May 1, it will also offer free voice calling from landline phones during night hours. BSNL has presence across India outside Delhi and Mumbai.