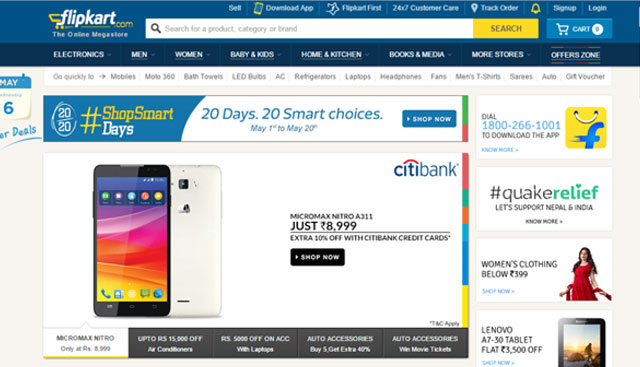 India's largest e-commerce venture Flipkart has completed a large office lease transaction where it has signed for 2 million square feet office space in Bangalore which can house over 20,000 employees, according to separate reports in The Economic Times and CNBC.

Property consultancy firm JLL advised in the deal, being touted as the largest such commercial office property deal in the country.

An email sent to Flipkart elicited no response.

The property is located on the Outer Ring Road in Bangalore and is jointly owned by US-based private equity firm Blackstone and local builder Embassy Group.