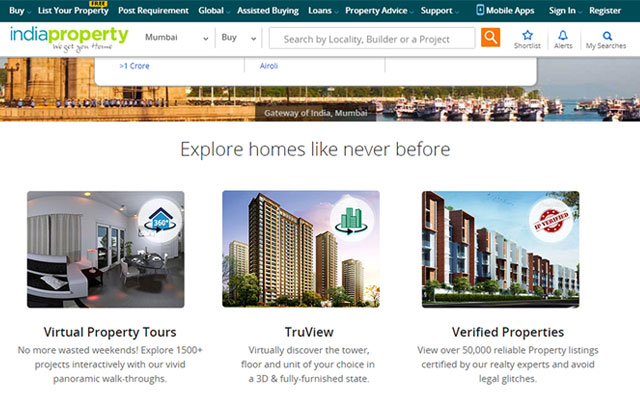 One of the earliest online real estate classifieds businesses IndiaProperty.com has appointed bankers to raise as much as $50 million, while the company is also exploring other strategic options including a sale.

Chennai-based India Property Online Private Ltd, which owns the portal, was spun off as a separate company from Consim Info Pvt Ltd (Bharat Matrimony group) in 2013.

When contacted, Ganesh Vasudevan, CEO of India Property, emphatically denied the firm is up for sale, while adding that the company is in the middle of raising $50 million for funding expansion.

The company has given the mandate for the fundraise to investment bank Moelis & Company.

Vasudevan emphasised that the mandate is for fundraising. "We are looking at a fairly large investment at this stage. We entrusted an international bank for fundraising," he said.

Interestingly, Moelis is also the investment banker for the Times Group-owned property portal MagicBricks, which plans to raise as much as $100 million, as reported by VCCircle in March.

"India Property is in the market for fundraising. But it may even opt for outright sale," said a source in the online real estate industry who is aware of the development.

The buzz around India Property's moves gather strength at a time when the online property search business is going through a consolidation amid a slump in the fresh and secondary home buying.

Recently, PropTiger, a four year-old real estate portal based out of Noida, bought People Group-owned portal Makaan.com, another early mover in the sector which was founded in 2007. News Corp, which owns Mosaic Media Ventures Pvt Ltd that runs this website, has a 25 per cent stake in PropTiger.

A well-placed source has said India Property's competitors including CommonFloor and PropTiger were sounded out interest for a strategic deal. When contacted, PropTiger CEO Dhruv Agarwala denied having had any such conversation with India Property or its representatives, while Sumit Jain, CEO of CommonFloor and Rahul Yadav, CEO of another potential bidder Housing.com, declined to comment.

The two sources cited above, however, said the potential deal could also involve classifieds site Quikr, which is planning to build out its real estate listings business in a big way. Quikr, known for peer-to-peer listings to buy and sell products and services, is looking to ramp up its presence in real estate.

Manish Kumar Sinha, executive vice president, Quikr, who is heading its upcoming real estate vertical QuikrHomes, denied the firm is in talks with IndiaProperty for a potential acquisition. "This is not even close to being true," he said. Pranay Chulet, founder and CEO, Quikr, did not respond to a mail.

IndiaProperty's last fundraising was in December 2013 when it raised $12 million in a Series B round led by German investor Bertelsmann. Its early investors Canaan Partners and Mayfield Fund also participated in that round. In 2013, Canaan and Mayfield had invested $7 million in the firm. However, Canaan recently sold its entire India portfolio including stake in IndiaProperty to JP Morgan Asset Management.

According to Vasudevan, in the event of a fresh round, the existing investors JP Morgan, Mayfield and Bertelsmann will also participate.

VCCircle could not immediately contact JP Morgan, Mayfield and Bertelsmann for their comments.

"We have shown solid revenue growth and our burn rate is low. We are well-capitalised currently. We are raising money to expand into Delhi-NCR and Mumbai markets. We will look at acqui-hires as well, especially in the mobile application space," said Vasudevan.

IndiaProperty.com is mainly present in southern cities such as Chennai, Bangalore, Hyderabad and Kochi. However, the company has limited presence elsewhere.

The estimated long-term demand for homes in India is at around 5 million units annually, while online real estate is betting on increasing willingness among urban buyers to start researching—if not buying—homes online, resulting in a slew of investment deals in the space.

According to VCCEdge, there have been at least two dozen deals worth $240 million in online real estate in the last five years.

In November 2014, News Corp committed $30 million to PropTiger.com and a month later Housing.com raised $90 million in a round led by Japan's SoftBank. In January this year, Google Capital invested in CommonFloor.com, while it had in September last year raised $30 million in Series A round led by Tiger Global.

Founded in 2006, IndiaProperty was an early mover in this segment, along with Times Group-owned MagicBricks.com and Info Edge's 99acres.com.

Its 2014-15 financials are not filed yet. Company sources claimed revenues have substantially grown, though the firm is far from breaking even.