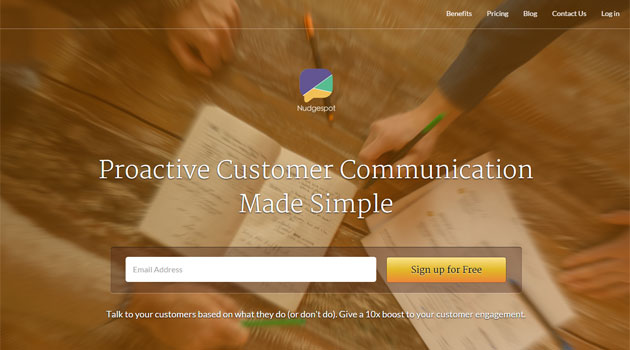 The funds will be used to expand its team in India and the US in addition to spending on marketing and product innovation. As part of the deal, Sasha Mirchandani, managing director and founder of Kae Capital and co-founder of Mumbai Angels, will join Nudgespot as a board member.

Nudgespot is a communication platform that focuses on simplifying business communications between companies and customers. It enables channel-agnostic messaging across email, SMS and push notifications, with the ability to filter and segment users based on behaviour.

"Nudgespot has proved its ability to disrupt the SaaS-based customer communication market which forces B2B and B2C enterprises and start-ups to use expensive or ineffective software to communicate effectively with their customers. Nudgespot's founders have a great team and product strategy that we believe in, and we look forward to working with them," Mirchandani said.

The company was founded in May 2014 by Raveen Sastry, Anubhav Sudha, Suresh Harikrishnan and Alok Shankar. Sastry had previously co-founded online fashion retailer Myntra but quit the firm in March 2011 to start baby products e-commerce venture Hoopos. Two years later he sold the firm to BabyOye.

"We are excited to have Kae Capital, Anoop Goyal, Mike Shah and VA Sastry bring in not only capital and expertise, but also belief in what we do. Nudgespot has been growing over 50 per cent month-on-month ever since we launched in November 2014," said Raveen Sastry, co-founder at Nudgespot.

The company claims it has more than 40 customers from around the world who have seen up to a 10x jump in open and click rates for their messages. The startup count Ola Cabs, Bluestone, Decathlon and Toppr among its customers.