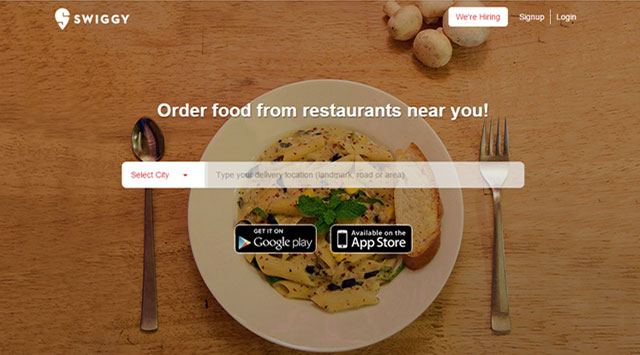 Bangalore-based Bundl Technologies Pvt Ltd, which owns and operates online food ordering startup Swiggy.com, has raised Series B funding of $16.5 million (around Rs 102 crore) in a round led by Norwest Venture Partners (NVP).

SAIF Partners, Accel Partners, a unnamed global investment entity and Swiggy's existing investors participated in this round, as per a press statement.

Swiggy will use the funds for expanding its geographical footprint and brand building.

The startup was formed in 2014 by Sriharsha Majety, Nandan Reddy and Rahul Jaimini. Majety and Reddy are BITS Pilani alumnus while Jaimini is an alumnus of IIT Kharagpur. In April, Swiggy raised seed capital of $2 million from SAIF Partners and Accel Partners.

"We have seen a 10x growth in order numbers over the past few months and this investment will help us to expand exponentially as we intend to establish ourselves in several new cities by the end of the year. Combining technology with our own delivery fleet allows us to provide users a superior experience, which has been our key strength, and we will continue to build on it," said Majety.

Swiggy offers online ordering service from restaurants in the Koramangala neighbourhood of Bangalore and manages delivery using a fleet of personnel equipped with smartphones.

It recently started operations in Gurgaon and Hyderabad where it has partnered with over 100 restaurants. Swiggy has also tied up with bangalore-based 'cloud kitchens' Eatongo and Brekkie and is in the process of signing up with few more. Cloud kitchens are online breakfast and brunch units that do not have a physical restaurant. They offer food though their websites/apps and also deliver to their customers.

The total food delivery market in India is estimated to be $6 billion and continues to expand at a rapid clip. "Swiggy's delivery infrastructure solves a major need in the market by enabling restaurants to concentrate on their core business and scale up their delivery revenues. Simultaneously, the product's ease of use and the convenience it provides to consumers, has resulted in strong repeat rates and an increased customer base," said Sumer Juneja, principal at NVP India.

The online food ordering and delivery space has turned out to be a new hot space for investors, as per data from VCCEdge, the data research platform of VCCircle. Swiggy, competes with Foodpanda, TinyOwl, delyver.com and others for a slice of what is becoming a fairly crowded space. Others like Zomato have also entered the food ordering business but is not involved with delivery itself and just provides an ordering platform.

NVP has been an active investor in India with investments across companies and sectors. This is the second known investment by NVP in India this year, according to VCCEdge data.