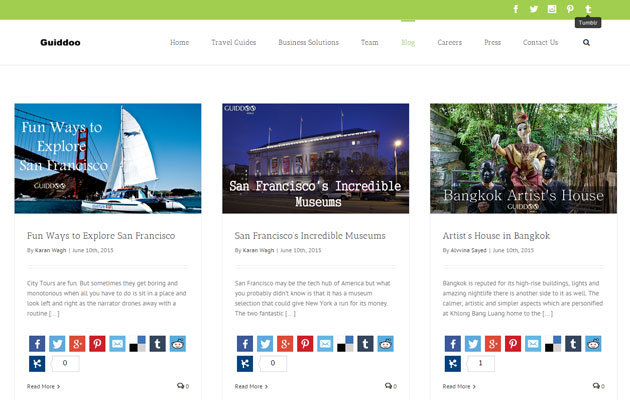 Guiddoo World Travels Pvt Ltd, which runs a travel technology site Guiddoo, has raised an undisclosed amount in seed funding from a bunch of angel investors, according to a press release.

The company will use the funding for its expansion and product innovation plans.

The company has also announced that it is also in discussion with leading venture capital Investors for Series A funding and appointed Dexter Capital Advisors for the purpose.

"The funding will help us create curated content for the top 25 inbound destinations globally and build a solution for India specifically, which will be available in multiple Indian languages," said co-founder Vineet Budki.

Founded in 2013 by Nidhi Varma and Vineet Budki, Guiddoo is a mobile tour guiding app which provides audio visual guide to monuments and attractions such as the Taj Mahal, Statue of Liberty, The Colosseum, Eiffel Tower, Angkor Wat, as well as modern architectural properties like the Burj Khalifa.

A commerce graduate from the Narsee Monjee College of Commerce & Economics, Nidhi has over a decade of experience in the travel domain. Budki has been involved with Videocon d2h Online and Paytronic Networks. Budki is an MBA from IE Business School and Cornel University.

Available in Android and iOS platforms, Guiddoo allows social sharing from within the app. After downloading the app, users do not require an internet connection to access information.