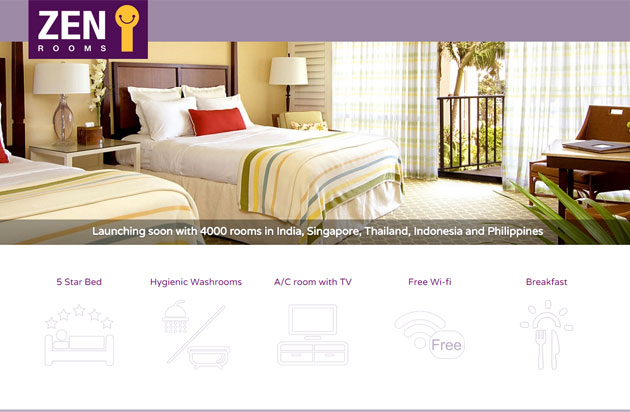 Zen Rooms is in the process of launching operations with an inventory of 4,000 rooms across India, Singapore, Thailand, Indonesia, Malaysia and Philippines.

The market for aggregating budget hotels with a new brand for online booking has been gaining traction with Oyo Rooms and Zo Rooms operating in the country. Zen Rooms goes a step further to target a wider Asian market.

Zostel Hospitality Pvt Ltd, a tech startup which offers separate booking platforms for branded hostels and budget hotels, is in talks with Tiger Global, among other investors, to raise $10-15 million in a Series A round of funding. Last year it had raised funding from Sol Primero.

Another player in the space Stayzilla, which offers an unbranded budget hotel accommodation booking platform, raised $15 million in Series B in February from Nexus Venture Partners and existing investor Matrix Partners India.

Meanwhile, this marks the first known private investment by Sanjay Aggarwal in a tech startup in India. Aggarwal, served as CEO of budget carrier SpiceJet for almost two years before moving to join Kingfisher Airlines in 2010. The airlines went bust with pending dues.

As per his LinkedIn account, Aggarwal then moved on join a firm called Global Crew Logistics as its CEO and also co-founded an aviation infrastructure and support investment company, SAR Trilogy Management LLC along with another American aviation sector executive.

Avili, who has come in as a co-investor in Zen Rooms, was part of the founding team of Tune Hotels, a budget hotel chain under Tony Fernandes, CEO of Malaysian low-fare carrier AirAsia.