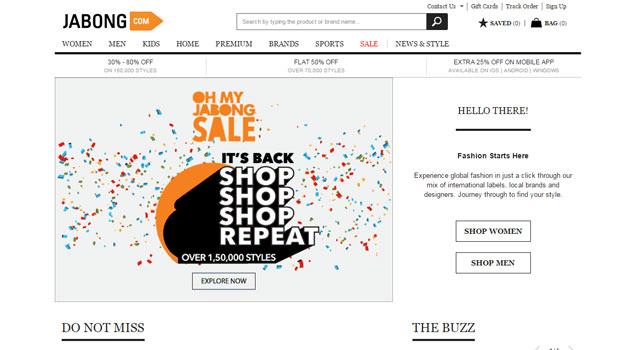 GFG will use the money to strengthen its fulfilment, marketing and product development capabilities in addition to building infrastructure, as per a press statement.

Post the fundraising, AB Kinnevik will own the majority stake of over 25 per cent stake in GFG while Rocket Internet's holding will come down to 21.9 per cent from 23.5 per cent.

"The additional capital will give us a strong run-way and allow us to capitalise on the massive growth opportunity of fashion e-commerce in emerging markets," said Romain Voog, CEO of GFG.

Formed in 2011, the Luxembourg-based GFG was created by combining five e-commerce brands which continue to operate in emerging markets around the world. It includes India's Jabong, Latin America's Dafiti, Russia's Lamoda, Namshi of the Middle East and Australia's Zalora.

While Kanui is a sports and outdoor e-commerce company focusing on surf and skate lifestyle verticals, Tricae is a kids and baby e-commerce firm.

"The strategic acquisitions of Kanui and Tricae enable the integration of two great businesses that have a natural fit with our Latin American brand Dafiti and are acquired at attractive terms," said Voog.

In April this year, GFG had raised â‚¬32 million from Tengelmann Ventures and Verlinvest.

Gurgaon-based Jabong is one of the two top lifestyle e-tailers in India, along with Myntra. Jabong was earlier in talks with e-commerce giant Amazon for a potential acquisition worth $1.1-1.2 billion. However, the talks did not progress. Its rival Myntra was acquired by Flipkart last year.