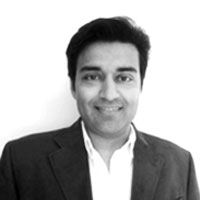 Dalal, who till recently served as digital media technology firm Komli's chief technology officer, will help in ramping up Urban Ladder's technology platforms, the company said in a statement.

"It is exciting to be a part of a team that has revolutionised furniture and home dÃ©cor shopping with immense customer focus and a very strong product. I look forward to working with the team to realize the vision of making a million homes beautiful, and building a very strong technology team that will help Urban Ladder scale fast and efficiently" Dalal said.

Before Komli, Dalal was associated with Google, eBay and WebMD. A computer science graduate from VES Institute of Technology, Mumbai, Dalal also holds an MBA from the University of Dallas.

"We want to make every aspect of home shopping super easy and convenient for our customers, and have always believed that using innovative technology will help solve a lot of complex furniture e-commerce problems. We are off to a good start with a strong tech team and some world class products, and I am sure Apurva will help us build very exciting and compelling solutions for our customer" said Rajiv Srivatsa, COO & co-founder, Urban Ladder.

This is the third top profile appointment at Urban Ladder this year. In January, the startup had appointed former Yahoo executive Kartikeya Misra as VP and head of online product while Puma executive Geetika Mehta was inducted as director of human resources.

Urban Ladder was launched in July 2012 and offers a curated range of over 4,000 products across more than 35 categories in furniture and home dÃ©cor. It was co-founded by Ashish Goel and Rajiv Srivatsa.

At present, Urban Ladder delivers to over 20 cities in India such as Ahmedabad, Ambala, Bangalore, Chandigarh, Chennai, Faridabad, Gandhinagar, Ghaziabad and others.

It competes with the likes of Rocket Internet-incubated FabFurnish and Pepperfry.com, besides other horizontal e-commerce players such as Flipkart.com, Snapdeal.com and Amazon.in.