Ola to do a Myntra, will go app-only from August 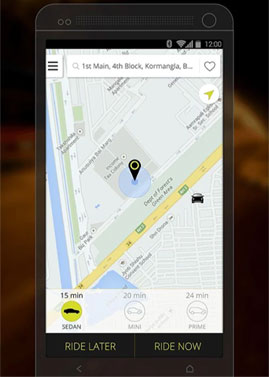 Online taxi aggregator Ola is set to morph into an app-only player across the 100 cities of its operations from August.

Ola, which is run by Mumbai-based ANI Technologies, is making this transition as it already gets 99 per cent bookings through the mobile app, as per a press statement.

Even in smaller cities of operation, over 95 per cent of Ola's cab bookings are routed through the app.

"Ola has decided to accept booking requests only through this medium from the coming month," Ola said in the statement.

Until recently, customers could also book cabs on Ola's platform through its call centres. The number will now be available as 'Ola Care' for customer support and assistance.

"With 99 per cent of our bookings coming through our app today, it is clear that our users prefer the seamless app-experience to any other mode of booking. This will allow us to deliver a consistent one-touch booking experience as well as improved ride experience across all aspects like navigation, payments, safety and feedback," said Pranay Jivrajka, Chief Operating Officer at Ola.

Myntra, India's largest online fashion retailer turned into a app-only platform earlier this year. Its parent Flipkart also is also goading on a similar path and is set to kill its desktop presence in favour of app-only usage by September.

Ola also said that it has rolled out an update on the app last week which enables users to access it in weak data connectivity areas and help to save on data usage. Customers using 2G networks will also witness swift loading with the new update, the company claims.