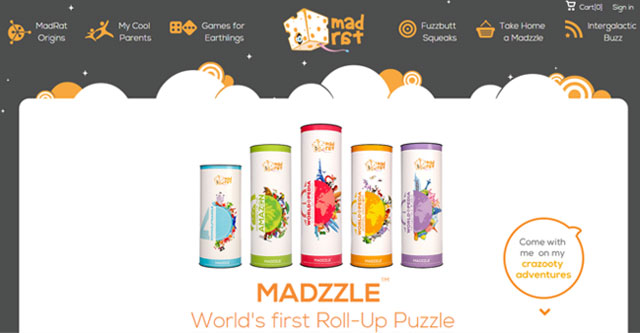 Co-founders of Flipkart and Snapdeal, two of India's largest e-commerce ventures, seem to be loosening their purse strings when it comes to making personal investments in emerging startups.

What is more, the poster boys of India's e-commerce's juggernaut seem to have common investment preferences.

Snapdeal's Kunal Bahl and Rohit Bansal have invested in MadRat Games, a Bangalore-based offline gaming company, which also raised money from Flipkart co-founders Sachin Bansal and Binny Bansal, according to a report published in The Economic Times.

The $1 million fundraising round also saw participation by other investors such as Rajul Garg, Sanjay Singh, Manoj Agarwala, Taru Upadhyay and others

MadRat deals in board games, learning puzzles, toys and mobile games. It forayed into the gaming space with Akarshit, a scrabble game in Hindi. The games are priced between Rs 500 and Rs 1,000 and are available on Flipkart and Snapdeal in addition to 400 stores in about 10 cities.

MadRat Games was started in 2010 by three IITians—Manuj Dhariwal, Rajat Dhariwal and Madhumita Halder. Before founding MadRat, both Rajat and Madhumita taught at Rishi Valley Public School in Andhra Pradesh while Manuj worked with companies like Compassite Software Solutions and Itsme S.r.l of Milan.

Ranbaxy and Fortis promoters Malvinder and Shivinder Singh along with investment firm RoundGlass Partners' Gurpreet Singh also invested in this round of fund raising. Avendus Wealth Management Pvt Ltd, the wealth management subsidiary of Avendus Capital Pvt Ltd, was the advisor for this round of funding.

Wrig Nanosystems was founded in 2009 by IIT-Delhi graduate Ambar Srivastava. The company has developed and commercialised a mobile-sized haemoglobin measurement device, TrueHb Hemometer. The devices costs between Rs 3,000 to Rs 12,000 and the company claims to have sold 4,000 devices post launch.

The funds raised will be used to develop and commercialise the product further.

Promoters of neither Flipkart nor Snapdeal commented on a Techcircle.in query on the deals till the time of publishing this report.