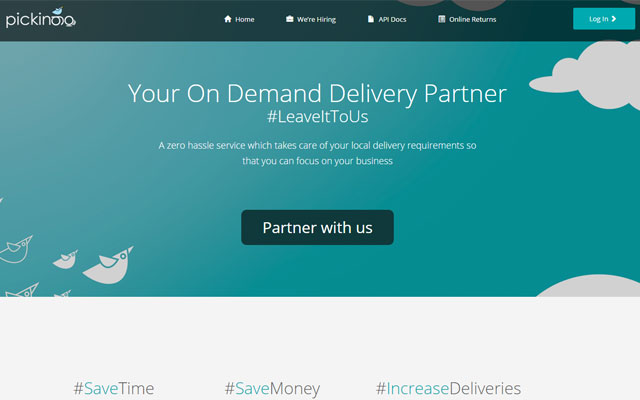 Pickingo Logixpress Pvt Ltd, the Gurgaon-based company behind Pickingo, will use the money to expand operations in over 20 cities by the year end, as per a press statement.

"We will be expanding into tier one and tier two cities while fortifying our presence in cities where we are already present. We will also be investing in technology to make the whole process of on-boarding merchants and processing real time requests, automated and streamlined," said Rahul Gill, one of the co-founders.

"Ensuring that all staff get equal deliveries and carries them out in the least amount of time requires a lot of mathematical and technological expertise, which we will be building on," Gill added.

The company started operations last December by doing reverse logistics for e-commerce majors Jabong, Snapdeal, Shopclues and Paytm across six cities. Now, Pickingo has tie-ups with nearly 300 restaurants, pharmacies and grocery outlets, as per the statement.

The company has about 100 employees. It claims to carry out around 3,000 deliveries daily with the help of 300 field executives.

Rehan Yar Khan, founder and partner at Orios Venture Partners, said: "Just like in other verticals...hyperlocal logistics will be disrupted through on-demand, players using an 'Uberised' model. We have already seen this model become a huge success in China with a billion dollar player emerging within a year of starting up...players like Pickingo will enable reliable and efficient movement of goods from the merchant to the consumer, vice versa and eventually even between consumers."

Mumbai and Bangalore-based Orion Venture Partners has made over 35 seed and Series A type investments in Indian startups. The VC firm recently hit the road to raise $150 million (about Rs 950 crore) in its second fund, less than a year after raising Rs 300 crore (about $50 million) in the first outing.

The hyperlocal logistics industry has been seeing a lot of action with a bunch of new players receiving large-scale funding.