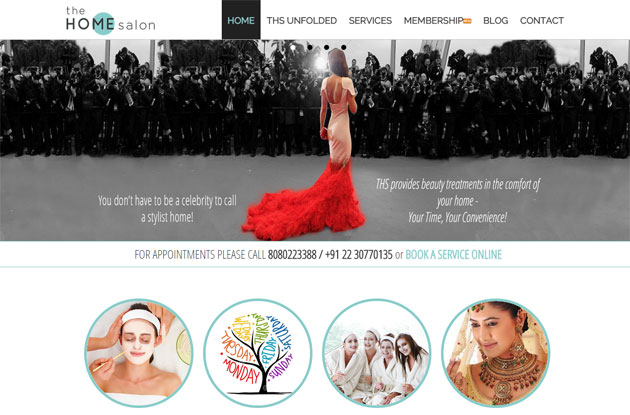 The startup graduated from VentureNursery's sixth accelerator batch in June 2015, as per a press statement.

The Home Salon, co-founded by Rishika Chandan and Nihar Thanawala, aims to connect stylists, therapists and beauticians to customers who are looking for convenient and prompt home services and treatments. The husband-wife duo's venture operates as a controlled marketplace which curates products with their app-based model.

THS will soon launch its Android and iOS apps which will enable customers to book salon and spa services on the go. THS currently operates in Mumbai but plans to expand its services to other cities soon.

"Beauty treatments, an essential part of every woman's grooming requirements, often get compromised due to lack of time and increasingly demanding schedules. The Home Salon aims at making these services a part of their routine without making them go out of the way to fulfil their beauty needs, saving time and allowing them to manage their responsibilities easily," said Chandan.

Chandan, an MBA in finance from ISB, was with Ernst & Young (now EY) before starting The Home Salon. In the past, she has also worked with o3 Capital and has short stints at Citigroup and Edelweiss. Thanawala, also an ISB MBA grad, has previously worked at EY and ASK Property Investment Advisors before joining The Home Salon.

"During VentureNursery's acceleration programme Rishika and Nihar amazed us with their passion and combined strength as a founding team. We are confident that their commitment to ensuring superior customer experience will go a long way in disrupting the burgeoning salon and grooming industry," said Sanjay Mehta, founding member of VentureNursery.

VentureNursery was founded by Shravan Shroff and Ravi Kumar in 2012. It conducts four boot camps a year in Mumbai and accommodates two startups in each camp. At the end of each programme, startups graduating successfully from the programme are evaluated for investment by VentureNursery's members.

The startups which have graduated from VentureNursery include OYO Rooms, Hotels Around You, Klip, SeekSherpa and Talview.