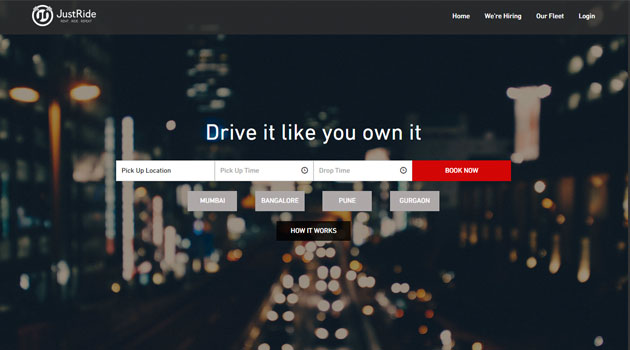 JustRide, which is run by AS JustRide Tours and Travels Pvt Ltd, will use the money to venture into eight more cities by the current year-end, as per a press statement. At present, it has operations in four cities, including Gurgaon and Pune. The company also wants to enable its vendors and individual car owners to register a fleet of cars on its tech platform.

Through its web and mobile based service network, the company links and facilitates car renting transactions between vendors and consumers. Unlike existing market players, JustRide is not the proprietor of the vehicles it rents. It leases vehicles from individual vendors and individuals by providing them a minimum guarantee value. The tie-up is valid for a period of six months, after which the vendor is free to sell the vehicle.

Since the beginning of April, JustRide has acquired 700 customers and generated over 1,200 transactions in Mumbai and Bangalore.

It aims to become profitable in 18 months. JustRide is also in talks with venture capital firms to raise money in a Series A round of funding over the next two months.

Car rental app Zoomcar, Carzonrent's Myles and others also offer self-drive options to customers but they own the fleet.