Exclusive: Ed-tech startup WizIQ in talks for Series C round of funding 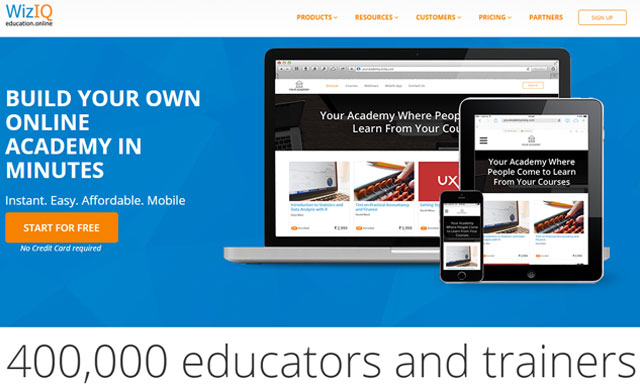 Education technology startup WizIQ, which helps academic institutions build their own online education platform, is planning to raise a Series C funding round from existing as well as new investors to bankroll its future expansion plans.

For more details on the proposed funding click here.

"From large universities to tuition centres, we currently serve 5,000 institutions across 200 countries. As many as 400,000 educators and 11 million students have used our platforms," Singh said. "We have embarked on a mission to expand our user base to 50 million and paid customers to around 20,000," he added.

Started in 2007 by Singh who earned his degree in computer science engineering from the US, WizIQ has so far raised $8 million from investors. It last raised money in 2013 when Kaizen and Bertelsmann collectively put in $4.1 million. WizIQ is also backed by angel investors such as Google India MD Rajan Anandan and Development Bank of Singapore (DSB) MD and TCYonline founder Kamal Wadhera.

As part of a multi-layered transaction two years ago when it last raised private capital, authorSTREAM, an online platform used by PowerPoint users to share presentation-based content, merged with WizIQ.

authorSTREAM, which is an offshoot of AuthorGen (both companies have the same promoter), had Anandan's backing.

WizIQ, which competes with the likes of Skilljar, Coursmos and Teachagora, is an online education platform that offers SaaS based virtual classroom. It counts teachers, trainers, colleges, universities and high schools for its software, which works on computers, iPad and Android tablets. It can be customised for several languages such as Arabic and Hebrew, Chinese, Czech, Dutch, English, French, Polish, Persian, Portuguese, Russian, Spanish, Thai and Turkish.

As of now, 80 per cent of WizIQ customers are from overseas markets. "We started building the online platform for educational institutions much before the India market was ripe for such businesses. We are now seeing increasing interest in the domestic market," Singh said.

It counts IIT Delhi and Baiju's Classes (Bangalore) among its customers in the country.