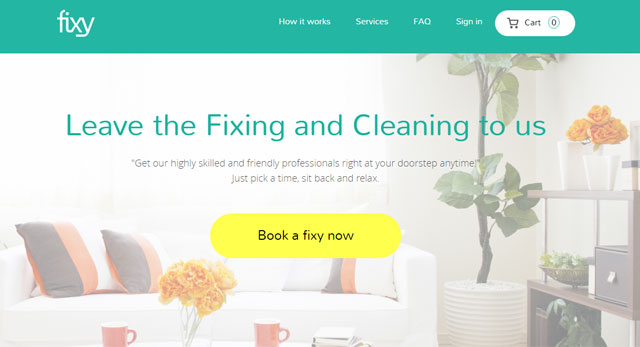 Fixy, a Mumbai-based startup that provides maintenance services on demand, has raised seed funding from members of VentureNursery, an angel-backed accelerator for startups.

NM Fix Maintenance Services Pvt Ltd, the company behind Fixy, will use the money raised to create a technology infrastructure for residents (customers) and vendors (handymen), as per a press statement. By automating its platform, Fixy hopes to scale operations and improve efficiencies, it added.

Fixy was co-founded by twins Tufayl and Nabeel Merchant. The startup graduated from VentureNursery's Season 6 Acceleration Program conducted between March and June 2015. It offers services such as plumbing, electrical repair and repair of white goods such as refrigerators, washing machines, microwave ovens and other home appliances.

"We gained tremendously from the collective experience and diverse perspectives of VentureNursery's mentors and members," said Tufayl.

In Mumbai, Fixy currently offers services between Churchgate and Borivali, which come with a 15 to 30 day warranty depending on the type of service.

"VentureNursery's selection process is designed to identify passionate and motivated founders who are out to solve real life problems of customers. At the end of the 13-week BootCamp, Fixy's founders Tufayl and Nabeel convinced VentureNursery members of their preparedness to disrupt the home maintenance services space," said VentureNursery member Vishal Maheshwari, a former senior director with Yahoo! India.