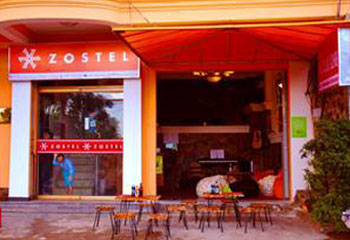 As a first step in this direction, the Tiger Global Management-backed company has added a hostel in the Vietnamese city of Dalat to its network, Zostel said in a press statement.

"It's a great milestone for us at Zostel. We plan to further build our global presence following in the same franchise model in Nepal and Sri Lanka by establishing three unique properties in each location by the end of 2015, taking the total number of hostels to 40 across national and international destinations," said Akhil Malik, co-founder of Zostel.

The Vietnamese hostel was developed under the Zostel Entrepreneurship Development Programme, a recently launched scheme in which Zostel provides funding of up to Rs 100,000 for entrepreneurs to open their own 'Zostels'.

Another 21 hostels are to be developed under its entrepreneurship programme. Zostel's next hostel will come in Vientnam's capital city Hanoi.

Zostel is also planning to launch an app where backpacking travelers can share relevant information with each other.

Founded by seven student entrepreneurs of IIM Calcutta (2012-14 batch) in August 2013, Zostel Hospitality had first launched a branded chain of backpacker hostels under its mother brand. The company currently has properties across Delhi, Goa, Jodhpur, Agra and other cities. It plans to bring on board 30 other partners to start Zostels across the country in four months.