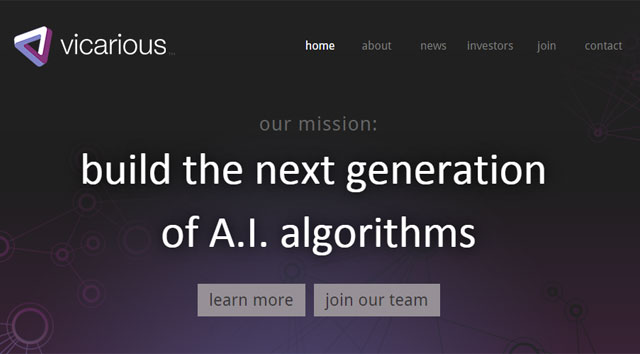 Vicarious, which is developing algorithms that can digitally replicate the part of the human brain which controls senses, is backed by Facebook's Mark Zuckerberg, Amazon.com's Jeff Bezos,  ace investor Peter Thiel and Hollywood actor Ashton Kutcher.

Vicarious co-founder Scott Phoenix told Bloomberg in a recent interview that both Samsung and Wipro Ventures have invested under $20 million in Vicarious.

While announcing results for the quarter ended June 30, 2015, Wipro had disclosed that it made an investment in Vicarious through the $100 million corporate venture arm Wipro Ventures. However, the deal size was not disclosed.

Wipro aims to apply the startup's artificial intelligence to automate some functions that are presently handled by engineers. Samsung is expected to introduce the Vicarious' technology prowess to its smart devices.

The Silicon Valley-based Vicarious was founded by India-born entrepreneur and researcher Dileep George along with Phoenix in 2010. The company had developed

software in 2013 that works like a human brain by cracking CAPTCHAs, the strings of tilted, squiggly letters that websites employ to make users prove that they are human. Vicarious had said its algorithm achieves success rates of 90 to 97 per cent, depending on the difficulty of the CAPTCHA.

A CAPTCHA scheme is considered broken if a machine can break just one per cent of the ones it generates.

Wipro's $100-million corporate venture fund Wipro Ventures was launched in September last year to invest in startups in emerging technologies in India and the US. In March, Wipro Ventures agreed to acquire a minority equity stake in Drivestream Inc, a US-based management and IT consulting firm specialising in Oracle cloud services, for $5 million (Rs 31 crore).