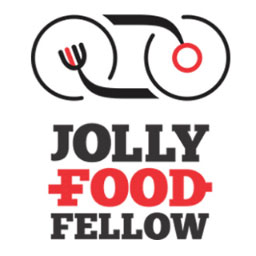 Ahmedabad-based TECHRECO Solutions Pvt Ltd, which owns and operates Jolly Food Fellow, will use the money to expand its footprint in metro cities such as Mumbai and Bangalore over the next three months, as per a press statement.

Jolly Food Fellow was founded in March 2015 by two IITians—Rajiv Sharma and Niraj Harlalka. Both have almost a decade of experience with software product management firms.

Jolly Food Fellow partners with food tech entrepreneurs and helps them know more about their customers through analytics.

The 1947 is a new tech incubator that aims to provide mentoring support, 'entrepreneur- in-residence' and 'investor-in-residence' programmes to Gujarat-based startups.

"Bringing simple, scalable and commercially viable solutions is all we need. Gujarat is the most enterprising land, but I have noticed a lack of ecosystem for investment in startups. This is what led me to start The 1947," said Suvas Barot, MD of Creative Infocity Ltd, which runs The 1947.

The food tech space in India is currently one of the hottest segments with a few companies raising funds from VC firms, as per VC funding data from VCCEdge, the data research platform of VCCircle.

Recently, Bangalore-based Bundl Technologies Pvt Ltd, which owns and operates online food ordering startup Swiggy.com, has raised Series B funding of $16.5 million (around Rs 102 crore) in a round led by Norwest Venture Partners (NVP) for expanding its geographical footprint and brand building.

The biggest deal in this space was that of TinyOwl which raised Rs 100 crore in its Series B round from Matrix Partners, Sequoia Capital and Nexus Venture Partners, while Foodpanda raised $110 million for its global plans.