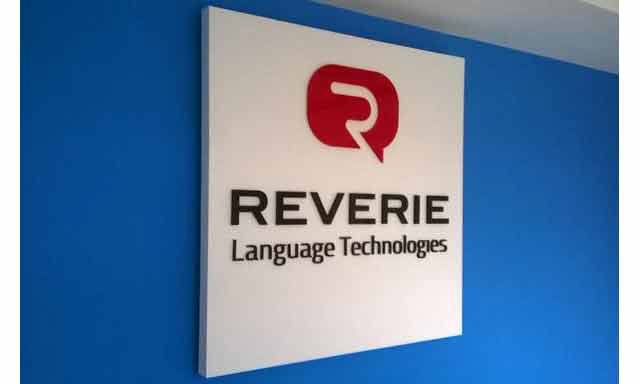 The company will use the money to increase its presence in verticals such as consumer internet, financial services, government and enterprise software, as per a press statement. A portion of the funds will also be deployed for building Reverie's sales and marketing network in the Middle East and Southeast Asia.

Reverie makes text communication possible via instant transliteration and facilitates such interactions across digital platforms and devices. It provides text input for normal keypads as well as touch-screen devices. The company's solutions include keypad designs, predictive typing and dictionaries. Reverie was founded in November 2009 by siblings Arvind and Vivekanand Pani, and SK Mohanty with a seed capital of Rs 1 crore.

Reverie claims that its enterprise-class language-as-a-service platform helps clients enhance their market reach manifold by delivering applications and content in local languages. "We are aiming to help create a content-rich internet that is accessible to over 5 billion users of every local language, irrespective of the devices they use," said Arvind Pani, an alumni of National Institute of Technology, Rourkela.

"We have a deep conviction that Reverie is building the foundational technology of India's internet. We are excited to partner with Reverie as its vision is aligned with Aspada's mission to solve hard problems," said Sahil Kini, VP, Aspada. Kini will be joining Reverie's board as part of the transaction.

Reverie is also keen to create multilingual apps. "We want to extend our language platform to over 10,000 local language app developers over the next 12 to 18 months," Arvind Pani, who had earlier worked with chipmaker Intel for over seven years, said.

"We have been impressed with the team and its vision to eliminate the linguistic digital divide by providing innovative technology solutions for local language processing in Indian, Perso-Arabic and other South Asian languages," Varsha Tagare, senior director of Qualcomm Ventures India, said.

Early this month, Qualcomm participated in a funding round at YourStory, whose content and events compete with some offerings from Techcircle.in and VCC Events, which are both part of the 10-year-old VCCircle Network. The parent of VCCircle Network—whose business lines include subscription data products, events, training programmes and a subscription-led news website and app focused on the startup ecosystem as well as business at large in India—was acquired by News Corp in March.