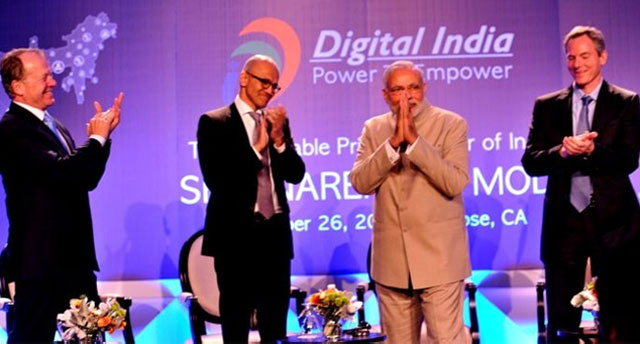 The firm is already an active investor in several Indian startups through its corporate venture capital arm Qualcomm Ventures. However, Qualcomm Ventures, which essentially invests out of Qualcomm's balance sheet against a conventional VC fund that deploys third-party funds, has been backing startups in the country through its global fund.

The country-focused fund could mean a ramp-up in activity of Qualcomm Ventures in India.

It said the fund will fuel innovation and foster promising Indian start-ups which are contributing to the mobile and 'internet of everything' ecosystem.

The announcement came post a meeting of Qualcomm's executive chairman Paul E Jacobs and Indian Prime Minister Narendra Modi, who is on an official visit to the US.

"India is at the cusp of a technology revolution and mobile technologies will lay the foundation for digital India," said Jacobs.

Qualcomm has been investing in Indian startups since 2007 and more than 20 Indian companies including Housing, Portea, AppsDaily and Capillary Technologies are part of its global portfolio. It has backed ventures across the mobile ecosystem; these include firms engaged in hardware, software platforms, e-commerce, healthcare, location based services and retail technology. It also runs a global seed investment competition Qprize as part of engagement with early stage entrepreneurs.

Globally, Qualcomm Ventures has $500 million in assets under management and chases investments in the wireless technology sector. It seeks to invest between $0.5 million and $10 million in its portfolio companies.

Qualcomm, whose core business revolves around wireless communication technologies (it also has a presence in Indian telecom space, providing chips), said it will also set up a Qualcomm Innovation Lab in Bangalore to provide technical and engineering support to Indian firms.

"We will support multiple mobile device design companies in India," it said.

The company added that to encourage the creation of a local product design ecosystem, it would introduce a 'Design in India' initiative and competition.

Qualcomm also had broadband licences for Delhi, Mumbai, Haryana and Kerala. In 2013, it had sold its entire stake in the venture christened Wireless Business Services Pvt Ltd to Bharti Airtel.

This involved acquiring 26 per cent stake held by Qualcomm's two India partners—Global Holding Corporation Pvt Ltd (the privately held group holding entity of GTL, promoted by Manoj Tirodkar) and Tulip Telecom Ltd—and the rest by subscribing to fresh equity of the BWA business entities. Bharti Airtel had later hiked its stake to 51 per cent, before completing the acquisition.