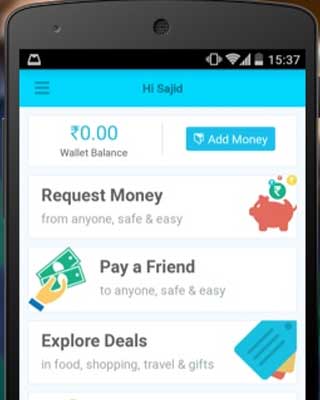 You will soon be able to book movie tickets, order food and get neighbourhood deals on the Paytm app.

Mobile wallet & e-commerce venture Paytm (run by One97 Communication Ltd) has joined hands with players such as BookMyShow (movie tickets), Zomato (food delivery) and others to enable hyperlocal services for its users, as per a press statement.

In other words, Noida-based Paytm is playing the role of a super aggregator instead of launching hyperlocal services of its own.

"Hyperlocal commerce is the proverbial, "next big thing" in m-commerce. It perfectly blends the convenience of buying from vendors in the vicinity and the ease of virtual retail. From groceries to consumer electronics, we expect majority of transactions to be driven by hyperlocal commerce in the near future. To tap into this extremely promising market, we are all set to launch our hyperlocal business," said Vijay Shekhar Sharma, founder & CEO of Paytm.

A news report in The Times of India, which quoted Sharma, said that Paytm is also planning to add hotel bookings to its platform. It has tied up with hotel booking aggregators like Goibibo, Yatra, RoomsTonite, Ezeego1 and others to offer over 35,000 rooms, the report said.

Paytm expects its hyperlocal play to generate 50 per cent of overall sales by 2016. Hyperlocal services such as tickets, deals and food ordering will be integrated within the Paytm wallet app while electronics and apparel products will be offered on its shopping app. Few years ago, Paytm announced its foray into the e-commerce space, putting itself in direct competition with giants like Amazon, Flipkart and Snapdeal.

Paytm has been evaluating the hyperlocal delivery services space for quite some time now. Paytm's deals platform is powered by Little Internet Pvt Ltd, which owns the deals discovery app Little and counts Zovi.com's founders Manish Chopra and Satish Mani as promoters.

Little secured $50 million (Rs 318 crore) in a recent funding round which saw participation from Paytm's parent and other entities. Last week, Paytm launched an initiative called Fastest Expert Delivery (FED) in partnership with The Mobile Store to deliver mobile phones within two hours. It may be recalled that Zomato had integrated Paytm wallet for food payments in September.

Currently, Paytm has more than 100 million wallet users who carry out over 75 million transactions a month.