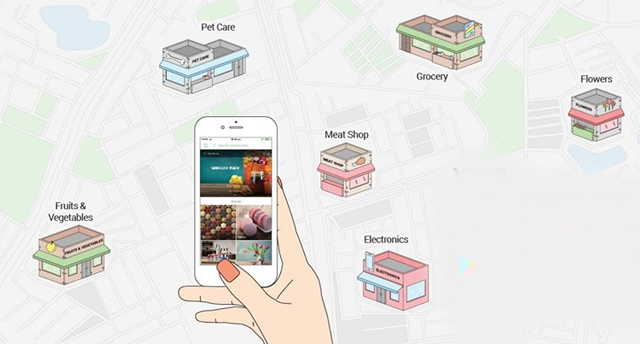 Hyper-local grocery and fresh food delivery platform Grofers has paused operations in Delhi and parts of NCR. Grofers will not deliver orders for Delhi and Noida till Thursday as the startup is dealing with last-mile delivery issues, sources said.

Speaking to Techcircle.in, Albinder Dhindsa, co-founder and CEO, Grofers, said: "We are not starting Noida operations for the time being. We are facing some operational issues in Delhi-NCR and we are sorting these out at the moment,"

Though Dhindsa did not elaborate, he said that there would not be any job cuts at Grofers, which is run by Gurgaon-based Locodel Solutions Pvt Ltd. The startup currently employs 4,000 delivery boys across 25 cities of its operations.

The Grofers app is expected to be partly dysfunctional for the NCR region till Thursday.

On the Grofers app, offline stores stores in Delhi and Noida show a "closed" sign.

Grofers, which operates on a marketplace model, fulfils about 30,000 orders daily.

Grofers competes with other grocery marketplaces such as PepperTap, ZopNow and others. Inventory-led firms such as EkStop (a Mumbai-based e-grocery which was acquired by Godrej Nature's Basket), BigBasket and LocalBanya can also be counted as Grofers competition.

Techcircle.in had reported recently that online supermarket LocalBanya.com was shedding staffers as it prepares to alter its business model. The company may shift from its inventory-led, warehousing-centric model to become an online marketplace for groceries.