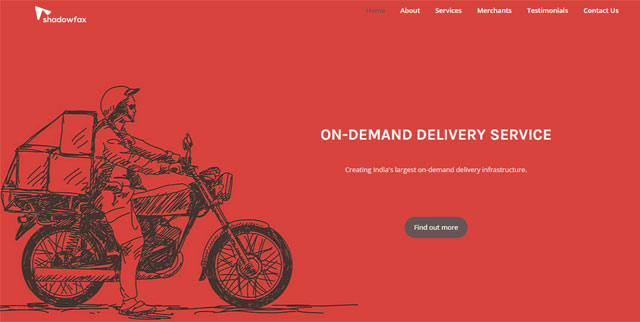 Gurgaon-based on-demand hyperlocal delivery ShadowFax Technologies Pvt Ltd has acquihired Pickingo for an undisclosed amount, in a cash and stock deal in a bid to ramp up and serve its clients better.

First reported by The Economic Times, the acquihiring comes within days of Pickingo stopping its hyperlocal services.

Queries sent by Techcircle to both Shadowfax and Pickingo went unanswered at the time of filing this report.

As part of the transaction, Shadowfax has on-boarded around 45 employees from the management team of Pickingo and a considerable number of delivery boys that add up to a few hundreds, according to the ET report.

"At Shadowfax, we are trying to develop competency of completing deliveries in 30 minutes to an hour, and this deal will help us achieve our goals faster," said Abhishek Bansal, CEO, Shadowfax.

Founded in May 2015 by IIT graduates Abhishek Bansal and Vaibhav Khandelwal, ShadowFax provides restaurants with a technology-driven framework to incorporate features such as automatic rider scheduling, seamless app communication, instant feedback, geo-based tracking, and location-based rider allocation. According to the company's website, Shadowfax has presence in Delhi-NCR, Gurgaon, Mumbai and Bangalore.

Pickingo has been up for grabs for some time now. In September, Restaurant listings and review firm Zomato Media Pvt Ltd, which operates through Zomato announced a minority stake pickup in Pickingo. However, the deal did not go through.

Meanwhile, e-commerce biggies Flipkart, Snapdeal and Paytm are also gearing up to enter the hyperlocal delivery space, and once that happens, consolidation will further speed up. Flipkart is reportedly testing its ordering app Nearby in Bangalore to deliver groceries, electronics, clothes and other products.

Shadowfax had secured $9 million (Rs 60 crore) in Series A funding in September this year from Eight Roads Ventures, the investment arm of Fidelity International Ltd.

Other startups in this sector too are raising funds. In October, hyperlocal delivery startup Roadrunnr was in talks to raise a fresh round of funding from existing backers Sequoia Capital and Nexus Venture Partners besides other new investors. In July, Roadrunnr, had raised $11 million in Series A funding from venture capital firm Blume Ventures, besides Sequoia Capital, Nexus Ventures and others in July. Russian billionaire Yuri Milner also put money in Roadrunnr.