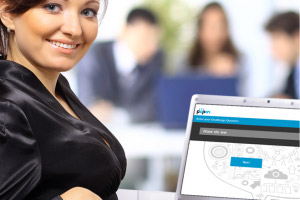 Nexus Venture Partners has led a $6 million Series A investment round in California-based crowd-solving platform POPin which also saw participation from Greylock Partners. The capital will be used to scale up sales and marketing.

As a part of the investment, Naren Gupta, co-founder and managing director of Nexus, and Adriel Lares, former CFO of Lookout, have joined POPin's board.

POPin is a mobile app that manages enterprise engagement among internal teams, partners and customers to help solve problems.

The app allows those belonging to an organisation to collect feedback from different groups through an online discussion forum, and then have teams vote on shared priorities to resolve problems.

The company claims to have more than 150 customers, including CoreLogic, DirecTV and Red Robin Gourmet Burgers.

"POPin helps align teams across companies," said Asheem Chandna, a partner with Greylock Partners, adding that, "We are excited in backing Hayes and the POP team to help build a leader in a new category."

"We have found that executive leaders can benefit from Initiative Success Management to troubleshoot their problems while operationalising enterprise engagement," said Hayes Drumwright, founder and CEO of POPin.

The POPin mobile app is available for download from the Apple App Store for iOS smartphones, and for Android and web-based devices.