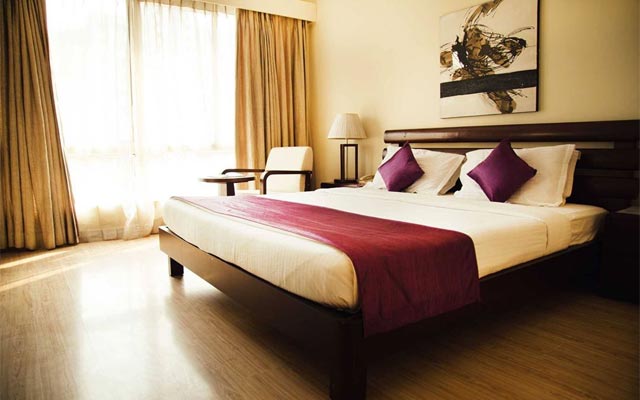 Quoting Maninder Gulati, head of strategy and corporate development at OYO, the Economic Times reported that OYO is piloting OYO CafÃ©, under which it will aggregate food from kitchens of listed hotel partners.

Delhi-based Oravel Stays Pvt Ltd, which runs OYORooms.com, will partner with food delivery platforms such as Zomato and Swiggy for this service, the news report suggested.

A spokesperson for OYO Rooms did not respond to a Techircle.in query till the time of writing this news report.

The online food ordering business in India is estimated to be worth Rs 5,000-6,000 crore, growing at about 30 per cent month-on-month, according to a report by India Brand Equity Foundation. However, this segment is transaction-driven and margins are wafer thin.

It has been a year of mixed fortunes for the food-tech startups. A few startups have shut shop or have downsized operations.

According to some estimates, about half of the food-tech firms operating in India started in the past year. As per VCCEdge, 19 food-tech startups have raised about $160 million in venture capital funding so far in 2015. Only five companies managed to raise money twice.

OYO's on-demand housekeeping service, named OYO Care, is touted to be a much larger experiment. "Our area managers can facilitate cleanup for a room as and when a customer needs it," Gulati was quoted as saying in the report.

OYO Rooms competes with the likes of Zo Rooms, ZiP Rooms, Wudstay, Vista Rooms, QiK Rooms and other tech platforms for a slice of the growing budget hotels aggregation space.

Anchored on an asset-light business model, these firms are essentially aggregating standalone budget hotels, strapping them with a common brand with a promise to the consumer to offer a standardised set of amenities like a conventional budget hotel chain.

They are seen as a new breed of accommodation booking providers against large online travel agencies (OTAs) that simply list hotels of all categories. However, even OTAs are now floating their own version of of the budget hotel aggregation business.