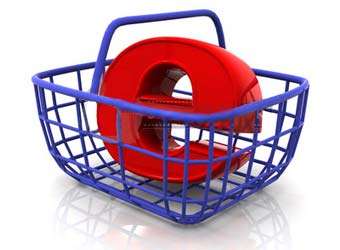 The order came on a petition filed by an industry body earlier this year demanding a government probe into all major e-commerce websites including Flipkart, Snapdeal, Jabong, Myntra and Amazon-owned Junglee.com. Amazon Inc.'s local arm, Amazon India, doesn't figure in the list.

The petition, filed by the All India Footwear Manufacturers and Retailers Association (AIFMRA) before a bench of Justice Rajiv Sahai Endlaw, argued that India doesn't permit FDI in e-commerce and that investment into the companies mentioned in the list violates the Foreign Exchange Management Act.

Rishi Agrawala, counsel for the industry body, said the government informed the court that it had initiated a probe into six e-commerce companies for allegedly breaching India's FDI regulations. The court then asked the government to expand its probe to cover all 21 e-commerce sites.

The court has posted the matter for December 21 and asked the government to file a reply in the meantime, Agrawala said.

The AIFMRA had challenged the marketplace model on which these e-commerce players operate on. While India permits 100 per cent FDI in the business-to-business (B2B) segment, foreign investment is restricted in the business-to-consumer (B2C) and multi-brand retail. By turning into a marketplace, e-commerce websites such as Flipkart and Snapdeal can legally access overseas capital.

Challenging the model, the AIFMRA argued that online retailers operate like traditional retailers especially in the way they process delivery, payments, returns and refunds, even though they are marketplaces on paper.

A Flipkart spokesperson said the company won't comment on the development. Separate emails sent to Snapdeal and Myntra seeking their views on the issue did not immediately elicit a response.

Subho Ray, President of the Internet and Mobile Association of India, welcomed the court order. In a statement, Ray argued that FDI is allowed in B2B e-commerce with certain preconditions and that foreign investment is permitted also in B2C marketplaces. He said that regulatory bodies such as the Competition Commission of India and law enforcement agencies like the Enforcement Directorate have previously investigated the issue and found no violation by the e-commerce companies.

Ashish Taneja, MD and co-founder at early-state investment firm GrowX Ventures, said the government should come out with clear laws pertaining to FDI for e-commerce companies. "There are lot of grey areas which lead to complexity in compliance," he said.