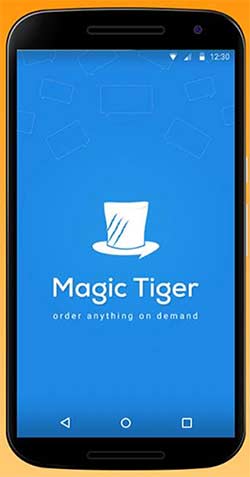 As part of the deal, the core Instano team will join MagicTiger.

"Instano has been one of our best competitors with a focus on operations as well as quality," said Pratyush Prasanna, co-founder of MagicTiger.

"We have a great synergy in Instano team's vision and strategy," said Arun Kumar, another co-founder of MagicTiger.

Instano houses a network of merchants and retailers on its platform across a number of categories including food, cosmetics, pharmacy, fruits, groceries, electricity and plumbing services and delivers products to users from them.

The Bangalore-based startup claims to be offering 30-minute delivery.

The acquisition comes a little over a month since MagicTiger bought Zoyo, an artificial intelligence-powered shopping platform. Earlier in July, MagicTiger had acquired rival startup Godeliver for an undisclosed amount.

MagicTiger was founded by Pratyush Prasanna (former executive of Paytm and Plustxt) and Arun Kumar (former employee of Tutorvista and Portea).

It is promoted by serial entrepreneur and investor K Ganesh and Srinivas Anumolu through the venture nurturing platform Growthstory.