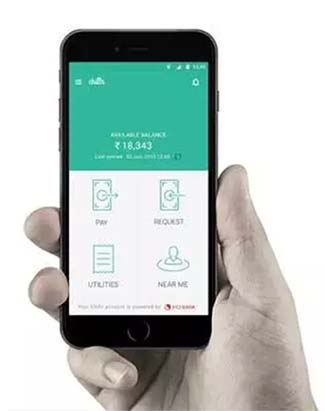 Chillr, a peer-to-peer money transfer and recharge app, has completed its Series A funding round by raising capital from Blume Ventures, Uniqorn Ventures and other investors.

Chillr raised $7 million (Rs 46.7 crore) in this round, which was led by Sequoia Capital.

Techcircle.in had reported Sequoia's investment in Chillr two months ago.

Chillr, owned by Mumbai-based Backwater Technologies Pvt Ltd, would use the funds to upgrade technology infrastructure and for customer acquisition.

Queries sent by Techcircle.in to Chillr on the fresh investment went unanswered by the time of filing this report. Sony Joy, CEO of Chillr, could not be reached for comment.

Investment bank o3 Capital acted as the exclusive advisor on the transaction.

Launched in December 2014 by Sony Joy, the Chillr app allows users to transfer money to any contact in their phone book. It also allows recharge of prepaid mobile phones, DTH TV subscription and data cards. It is directly linked to the customer's bank account and, hence, eliminates the need for a prepaid wallet. All transactions are authenticated by a four-digit MPIN issued by the bank.

Earlier this week, Blume Ventures invested an undisclosed sum in a pre-Series A round into Gurgaon-based Zenatix Solutions Pvt Ltd, an Internet of Things (IoT)-based energy management startup.

In October, Uniqorn Ventures participated in a $700,000 seed funding round raised by Pune-based DocPlexus, a social networking platform for doctors.