Six technology trends to watch in 2016

A recent report by Webbmedia Group, a consultancy that advises organisations on emerging trends in technology and digital media, gives a sneak peek into new technologies that could influence our lives in 2016. Here are six of those trends. 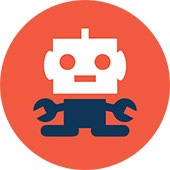 This is a software application which runs automated programs under the name, 'bots', on the Internet. While some bots run automatically, others function after receiving a command for a specific task.

Example: @OliviaTaters is one of the most recent example of bots on Twitter. The handle, which is actually a programme, was created accidentally by a researcher experimenting with language manipulation of real-life teenagers. Last year, many Tinder users at a festival found themselves having a text-message conversation with a woman named Ava, who was a promotional tool for the sci-fi movie Ex Machina. 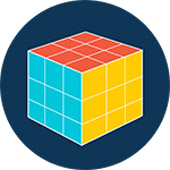 Essentially, an algorithm is a set of rules that are followed to solve a problem. Now, it's largely being used to solve technology-related problems or to create technology-based solutions. Algorithms are being progressively used to design news, products, experiences, relationships and even people. The data, which is mined based on different behavioural patterns, is further used in algorithms. In the coming year, advanced techniques will be used that will allow processing secret information and language recognition.

Example: Last year, organisations such as the Associated Press, Comcast and Yahoo began experimenting with Automated Insights, which mines data and is capable of writing more than 2,000 stories per second. Similarly, algorithm is being used in the fashion industry. For example, Seattle-based startup KnitYak uses elementary cellular automata to create scarves out of merino wool.

Watch out for: Facebook, Google and Yahoo will continue to refine their news algorithms, which use online behaviour to determine what content to show. Content discovery engine Outbrain will begin deploying new custom homepage products, which personalize the stories, headlines and images based on the individual user's behaviour. 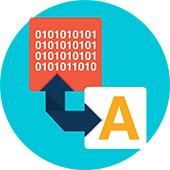 Deep learning is about getting a better understanding of how the human brain works under different circumstances. This is done through technology by translating pixels into language.

Example: Last year, Google Inc introduced 20 new languages into its Translate app, enabling users to simultaneously listen and translate between different languages, without an Internet connection. The app is capable of distinguishing pixels and sounds until it recognises a complete word.

Watch out for: Google, Amazon, Microsoft, Facebook, Baidu, Stanford, Bell Labs, and Qualcomm, among others.

It is a new technology that everyone adores. As more and more drones hit the skyline, some are calling for new dedicated airspace.

Example: In 2015, two drones inadvertently prevented firefighters from putting out a rapidly spreading California wildfire, which crossed over onto a freeway and destroyed a dozen vehicles. News organisations hope to use drones for reporting in public interest, while e-commerce firms such as Amazon wants to begin drone deliveries.

Watch out for: US Federal Aviation Administration, US Department of Transportation, the Association for Unmanned Vehicle Systems International, Northrop Grumman, Boeing, Amazon and Google, among others. 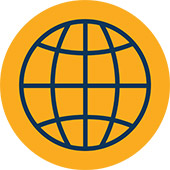 In June 2015, the newest set of net neutrality rules of the Federal Communications Commission (FCC) of the US took effect. The rules were meant to ensure fair access to the Internet. It also prohibited throttling and blocking to bandwidth-hungry sites and services.

Example: In the US, Comcast and various Internet service providers want to restrict access to the Internet. However, many argue that charging additional fees to access bandwidth goes against the very nature of the Internet and how it was built.

Watch out for: FCC, AT&T, Netflix, the White House, Comcast, Facebook and Google, among others. 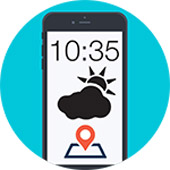 use the entire environment of a user to create an interaction between the user and a system. Describing how music is played at airports, ambient music pioneer Brian Eno wrote that such music must be able to accommodate many levels of listening attention without enforcing one in particular. "Our modern interfaces are becoming more and more like ambient music, which allows us to do more with fewer direct actions, yet still be able to captivate our attention," he said.

Example: Google Now, which automatically displays the information one needs to know just in the form the person wants.