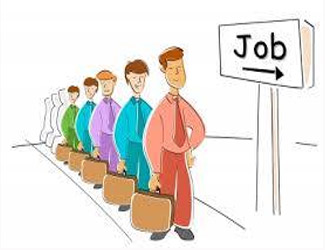 Harsha will lead the technology vertical while Kansal will be responsible for defining and executing the overall infrastructure, development and scaling of operations. Natarajan has been brought in to lead the product agenda, a company statement said.

"We are in an exciting space where the technology and ecosystem is at an inflection point, with a unique challenge of having to be able to provide a simple yet effective interaction point to the next billion across the technology spectrum," said Bharani Setlur, chief business officer, Babajob.

With 15 years of experience in mobility, analytics, social and cloud space, Harsha most recently worked as assistant vice president - engineering at Sourcebits. He has also previously worked as a senior architect for the Nokia messaging platform and was named Global Nokia/Symbian Innovator of the Year (2008).

Kansal's last assignment was as DevOps (development operations) leader for a startup. He comes with experience in designing systems for scale, implementing private and public clouds at enterprise scale and data centre automation.

Natarajan, an alumnus of IIM Bangalore, joins Babajob from Simplilearn where he was head of product.

Babajob was set up in 2007 by Sean Blagsvedt, an American national who moved to India in 2004 to work on language technologies and solutions at Microsoft Research's Bangalore centre. He left his job after three years to set up Babajob.com and Babalife.com. Currently, Babajob has over 2.5 million listed job openings and three million job seekers. It connects employers with those seeking blue-collar roles such as product delivery staff, office helpers, drivers, cooks, maids, security guards, etc.

In January, Aasaanjobs Pvt Ltd, which runs an online recruitment platform for blue collar workers under the same brand name, had raised $1.5 million from Inventus Capital Partners and IDG Ventures.

In September, online classifieds firm Quikr launched a job portal called QuikrJobs. Among its other rivals are Nano Jobs, Udhyog.in and saralrozgar.com.