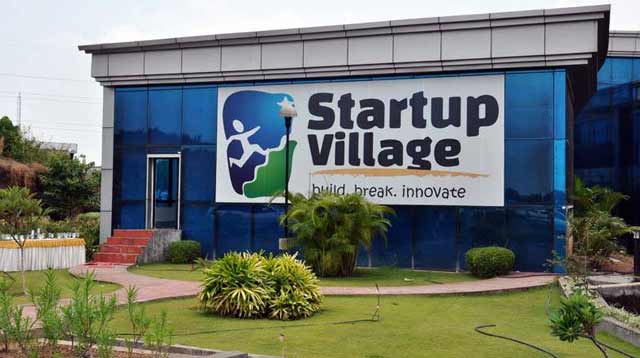 After the successful first phase of operations, Startup Village in Kochi is aiming to align itself with the Centre's 'Startup India' programme in the second round during which it will scale up activity pan-India. The 'Startup India' programme, to be launched on January 16th, is Prime Minister Narendra Modi's ambitious project to strengthen entrepreneurship.

"In Phase I, we succeeded in creating a seed entrepreneurial ecosystem in Kerala. In the next five years we plan to support 10,000 campus startup teams across the country, completely digitise the incubation process and launch a new business model," Chairman of Startup Village Sanjay Vijayakumar said. A detailed report on the successful completion of Phase I had been submitted to the Department of Science and Technology (DST), Government of India, he said.

Startup Village, India's first PPP technology business incubator, had also taken inputs for Phase II expansion based on an independent third party audit by Prof Rakesh Basant, who teaches economics at IIM Ahmedabad. "Startup Village has managed to build a momentum for an entrepreneurial culture in Kerala and has begun to create an entrepreneurial eco-system. The challenge is to sustain this momentum, scale-up and become financially self-sustaining," Basant noted in his report.

"As Startup Village moves to the next phase, I want to congratulate the Kerala government on the pioneering initiatives it took to foster the startup environment in Kerala," said Infosys co-founder and Startup Village mentor Kris Gopalakrishnan. The state government has said it will continue to support startups by scaling up physical incubation across Kerala, including Kochi.

Sanctioned in 2011 by the DST, Startup Village was set up with the aim of incubating 48 startups over a period of five years. "Going much beyond its established targets, Startup Village experimented with an array of new bold ideas, which have created not just an incubator but a robust startup ecosystem in Kerala. We are now on the cusp of implementing an ambitious plan to spread its ethos at the national level and produce startups straight from schools and colleges," said Vijayakumar, who set up MobME Wireless Solutions, one of India's first campus startups.

A major feature of the expansion plan is 'complete digitisation' of the incubation process â€“ right from application process to admission, allocation of resources, learning, funding, connecting to mentors and experts, integration with university education and final graduation.

"Activities of Startup Village will now be completely digital and paperless," Vijayakumar said, adding "It will span the entire incubation life cycle management of a startup."

He further said the incubator has received over 7,000 applications, making it imperative to digitise its operations just like e-commerce companies such as Flipkart and Snapdeal packing more items in their online stores as compared to a traditional brick and mortar store. MobME will provide the initial investment of Rs four crore for scaling up the digital learning platform for the second phase of operations.

It has already launched the beta version online digital platform -SV.CO (www.Sv.Co) that provides online learning course on creating new startups. It has a feature to bring on experienced employees in leading startups and technology companies as visiting faculty to support young startups. Also, it has an online mentor connect feature, which will help connect mentors from the Silicon Valley.