Used cars marketplace Truebil gets $5M from Kalaari, others 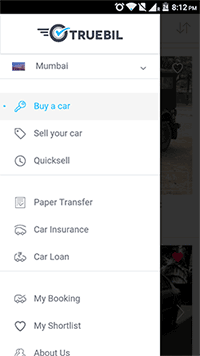 The Mumbai-based startup, run by Paix Technology Pvt Ltd, will use the money secured to expand operations into Delhi, Bangalore, Chennai and Hyderabad. It will also deploy the funds to strengthen its product and technology platform, Truebil co-founder Suraj Kalwani told Techcircle.in.

"We plan to launch a car recommendation platform where users can fill their basic requirements and we will suggest cars that suit their needs," Kalwani said.

It competes with well-entrenched online players such as CarDekho (and its separate site Gaadi.com) and CarTrade besides a bunch of newer startups such as Zoomo, Droom and CredR. Horizontal P2P platforms such as OLX and Quikr could also be counted among Truebil's competitors.