PepperTap shuts down operations in 6 cities, including 3 metros 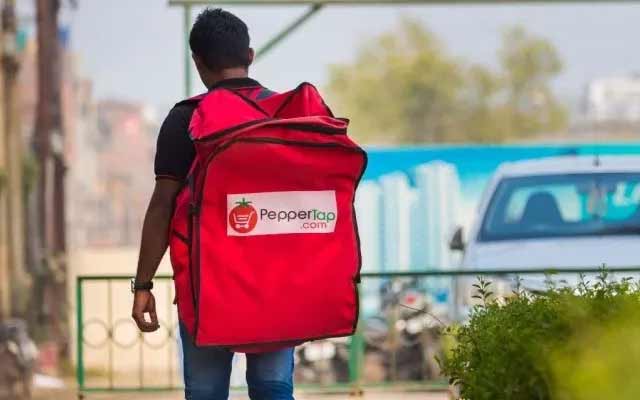 "Given the short to mid-term investment climate outlook, we have decided to focus on depth rather than breadth," said Navneet Singh, CEO and founder of PepperTap, in a statement, explaining the move.

It will also be laying off nearly 400 people from its delivery fleet, the company said.

However, it emphasized that it would continue to be in this category for the long term. "We are digging our heels in for the long term. We will focus on building a stellar customer experience by providing additional categories and services that differentiate us from our competition in cities where we continue to operate," said Singh.

Founded in November last year by Singh and Milind Sharma, PepperTap is a mobile-first hyperlocal grocery delivery service that provides on-demand grocery products to consumers. It claims to deliver within two hours of receiving an order across 18 cities.

In April, it had secured $10 million (around Rs 62 crore) in Series A funding from SAIF Partners and existing investor Sequoia Capital. In September last year, it has raised $36 million in Series B funding from online marketplace Snapdeal. Ru-net, JAFCO and BeeNext also put money in this around along with PepperTap's existing investors Sequoia India and SAIF Partners.

The online grocery delivery sector had its share of highs and lows last year. Mumbai-based Localbanya, a three-year-old online supermarket backed by Shrem Strategies and Bennett, Coleman & Co Ltd's Springboard Fund, stopped taking orders in October 2015. Localbanya asked 40 per cent of its employees to leave as it prepared to pivot from being an inventory-led, warehousing-centric model to an inventory-led, warehousing-centric model to an online marketplace for groceries. Recently, VCCircle reported that LocalBanya's efforts to resurrect itself seem to have failed as discussions with three major investment groups for fresh funding have fallen through. LocalBanya, run by MN&C Supply Links Retail Pvt Ltd, had been scouting for funds since October last year. The company's website still reads: "We are under renovation. We will be back shortly."