Snapdeal gets $200M from Ontario Teachers' Pension Plan, others 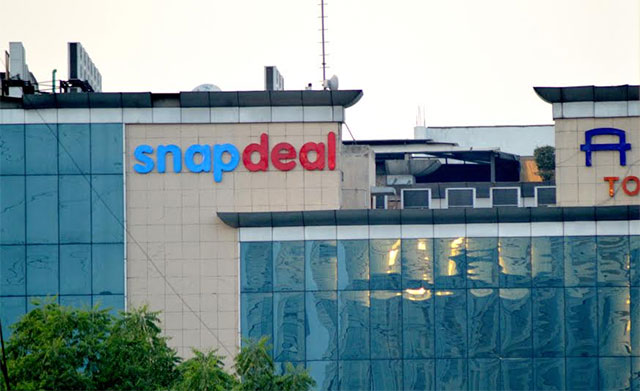 E-commerce marketplace Snapdeal has raised $200 million (Rs 1,362 crore) in a fresh round of funding from Canada-based Ontario Teachers' Pension Plan and other investors, it said in a statement.

Singapore-headquartered investment firm Brother Fortune Apparel has also put money in this round, The Economic Times said in a news report.

"We continue to make targeted investments in building internal and external capabilities that will enable us to deliver optimal experience for the millions of buyers and sellers who transact daily on Snapdeal," said Anup Vikal, CFO of Snapdeal.

The latest round values Jasper Infotech, the company that runs Snapdeal.com, at $6.5-7 billion. The e-commerce venture had last raised $500 million (Rs 3,250 crore) at a valuation of $5 billion in August 2015. iPhone manufacturer Foxconn, Chinese e-commerce giant Alibaba and existing investor SoftBank had led that round. Its other existing investors Temasek, BlackRock, Myriad and PremjiInvest also participated in this round.

E-commerce giant eBay—which had originally invested about $100 million in two phases between 2013 and 2014 for a 9.3 per cent equity stake in Snapdeal and became one of its strategic investors—had sold a portion of its holding in the last round.

Its larger rival Flipkart commands a valuation of $15 billion.

Snapdeal has already raised over $1.5 billion in external funding to date as it seeks to compete with the likes of Amazon, Flipkart and Paytm for supremacy in India's horizontal e-commerce space.

In April 2015, the company acquired online recharge and utility payments portal FreeCharge for $450 million (Rs 2,900 crore) in the biggest deal in the internet sector in India, to date.

It was reported back in September 2015 that Ontario Teachers' was looking to buy a minority equity stake from existing investors, including eBay besides Sequoia Capital and Saama Capital.

Snapdeal was founded in 2010 as a pure online deals site and later it pivoted to a full-fledged horizontal e-commerce company via a marketplace model in September 2011.  The company claims to have more than 275,000 sellers and 30 million plus products on the platform.

It was recently reported that Chinese e-commerce titan Alibaba Group Holding Ltd, which also backs Snapdeal and Paytm, is in discussions with Flipkart for a possible investment into the ecommerce firm.

Amazon, the other major ecommerce player in the country, has been growing at an aggressive rate in India. Amazon's India e-tailing platform saw a 250 per cent growth in its seller base. In July last year, Amazon CEO Jeff Bezos committed an additional $5 billion investment into India. This was in addition to the $2 billion committed earlier.