Flipkart pulls the plug on grocery delivery app Nearby 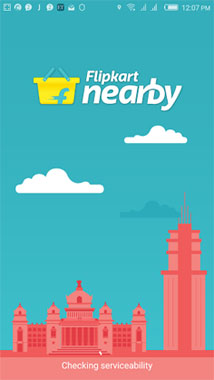 The country's largest e-commerce venture Flipkart has shut down its grocery delivery app Nearby, five months after it was launched in Bangalore.

"Flipkart Nearby was a piloted in select areas of Bangalore. The experiment was a test for understanding efficiencies and operations of the hyper local business. The project has now run its course and the learnings from this pilot will now be used for future operations of the company," a Flipkart spokesperson said.

The decision to close Nearby was first reported by Mint, citing unnamed sources. Lack of demand and wafer-thin margins compelled the company, which recently elevated co-founder Binny Bansal as CEO, to close Nearby, the report suggested.

Till recently, the app was functional in 14 locations across Bengaluru. It connected users with hyperlocal grocery outlets for delivery of daily usage products such as branded food, groceries & staples, beverages, household supplies, personal care, health & wellness and baby-care.

However, a bunch of hyperlocal delivery services players are having a rough ride now.