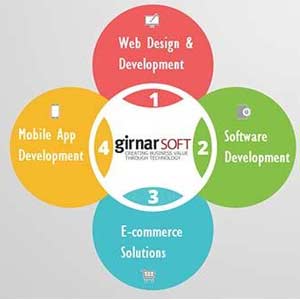 Girnar Software Pvt Ltd, which owns six portals including auto portals CarDekho.com and Gaadi.com, has secured an undisclosed amount of investment from Google Capital as part of its extended Series B funding round, with participation from existing investor Hillhouse Capital.

In January 2015, Girnar Software had received $50 million in the first tranche of the Series B funding round led by Hillhouse Capital, with participation from Sequoia Capital and Tybourne Capital. The investment was done at a $300 million post-money valuation.

HDFC Bank and Ratan Tata had also invested in the company last year.

Girnar Software did not comment on whether the latest tranche of Series B funding, coming after about a year, was done at a higher valuation. Typically, valuation of a startup rises as it scoops up additional money in progressive VC funding rounds. Funding at any one round is typically done at same terms or per share value, even if it's staggered over multiple tranches.

The funds raised now will be used for technology development, research and development, and expansion of operations within and outside India, it said in a statement.

"Google Capital is one of most respected growth equity investors in the world, and brings to us the resources and expertise from one of the most valuable technology companies on the planet," said Amit Jain, CEO and co-founder of Girnar Software.

In the middle of last year, CarDekho entered the global online auto market with the launch of CarBay first in Indonesia, followed by Thailand, Malaysia, Vietnam and the Philippines.

With both Girnar and CarTrade flush with funds, the competition between CarDekho and CarTrade can now be expected to get fiercer.