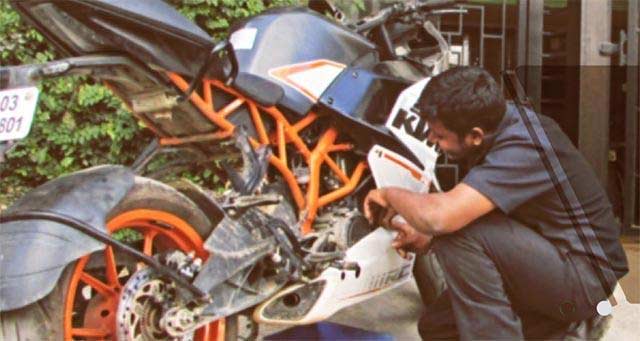 Bangalore-based on-demand two-wheeler servicing startup DrivoJoy has raised an undisclosed amount of investment from Indian Angel Network (IAN) and a clutch of others, a person privy to the development told Techcircle.in.

Those who participated in the funding round included research platform for private market investors Tracxn Labs; Shailesh Rao, VP - international operations at Twitter; Bhavani Rana, partner at Amadeus Capital; Deepak Gupta, co-founder of crowdfunding platform Equity Crest; and Kunal Shah, co-founder of Freecharge which was acquired by Snapdeal for around $400 million in April 2015,  the person mentioned above said.

The firm declined to comment on the development. An email sent IAN did not elicit a reply till the time of publishing this report.

The DrivoJoy platform allows users to book bike repair and maintenance services at a place and time of their choice.

In a similar space, Bangalore-based Chatpay Commerce Pvt Ltd, a venture floated by co-founder of AngelPrime-backed kids apparel firm Unamia that had shut in 2014, has raised an undisclosed amount in angel funding from founders of Myntra and Livspace for its online car servicing platform Pitstop.

According to VCCEdge, the data research platform of VCCircle, IAN has invested in nine companies in 2016.

In the same month, IAN backed Roadhouse Hostels Pvt Ltd, which runs a chain of hostels targeted at backpackers. In January, it invested in DesignBids, a Delhi-based project discovery platform for architecture and interior design services.