An Indian startup got its first cheque every 12 hours in the first three months of the year as against every 16 hours during January-March 2015, revealing the hectic pace of early-stage investment activity.

However, it is not all good news for startups. Institutional venture capital deals fell by a third from a year earlier when big-ticket transactions involving Ola, ShopClues and FreeCharge (before it was acquired by Snapdeal) had boosted the investment value, according to preliminary data compiled by VCCEdge, the financial research platform of VCCircle. 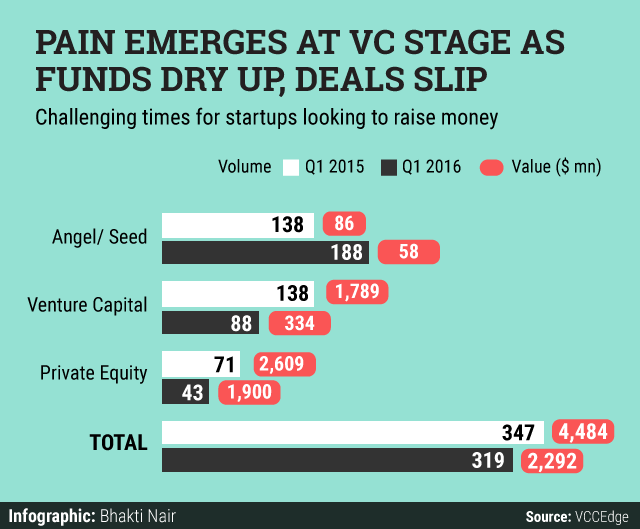 This means those looking for initial funding support stand a good chance of attracting investors, but those looking at a bigger chunk of money may struggle to find takers. This is a continuation of the early trends this year (read here) as also the picture for 2015 as a whole (click here)

While it is early days, the trend is unlikely to change significantly during the year. The VCCircle PE-VC Outlook Survey for the year also indicated a preference for seed-stage deals in venture funding (click here to read more).