AppAlert tells you where your child is right now 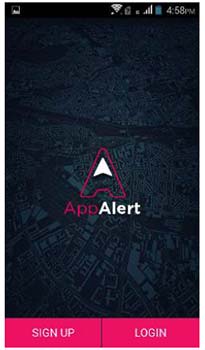 Anxious parents standing at bus stops waiting for the school bus to drop their children home is not an uncommon sight in Indian cities. However, it is quite possible that on a given day, a student fails to board the bus or gets down at the wrong stop. Now, most schools do not allow students to carry a mobile phone. Under such circumstances, how can a parent find out where the child is? US-based AppAlert Inc has come up with a real time mobile-app school bus tracking system that tells the exact whereabouts of the child when she is enroute to school or home.

A trusted adult in every school bus undertakes a roll call for each student boarding the bus. The roll call is conducted through a series of checkboxes and taps on the mobile app. The app is available on both Android and iOS platforms. According to AppAlert, the user platform can be used on the same bus traversing multiple routes in a day.

The app leverages Google Maps to provide real-time location and stores information on Amazon Web Services (AWS) cloud servers. If a student fails to board the bus or has been left behind, an automated alert goes to the school administration with the name and picture of the student. The app sends an alert to parents the moment their child is dropped off /picked up and also sends constant updations on the location of the bus, with a two-minute deviation accuracy. For the school administration, the platform enables gathering information related to over-speeding, accidents/ breakdowns, unscheduled stops, rash driving, traffic congestion and panic alarms.

"The biggest challenge for parents and schools is the security of the child," said Ashvinder Ahuja, CEO, App Alert.

According to Ahuja, the average waiting time at a bus stop for a parent is 17-19 minutes and it is these anxious moments that the app helps to alleviate. "The idea is to give an Uber-like experience to the parents as to the location of the bus," said Ahuja.

AppAlerts works on a B2B2C (business to business to consumer) model where it partners with schools and sells it to the parent through the school for an yearly subscription of Rs 1,200.

AppAlert Online Services Pvt Ltd â€“ its Indian subsidiary â€“ has already tied up with 27 private schools in Delhi-NCR, Mumbai, Sonipat, Panipat, Hyderabad and Himachal Pradesh for trials. The startup has also partnered with schools in Singapore, Australia and the US for trials.

The startup hopes to scale its platform to 7.5 million simultaneous users from the current 2.5 million capacity by end of 2017. This refers to the number of parents who can track their children at a given time. In India alone, AppAlerts is targeting 4 lakh users within the next 18 months and hopes to partner with 1000 schools by 2018.

AppAlert will go commercial in India in May, and hopes to start generating revenue by September. It will roll out additional features such as tracking children's after school activities by the end of this year. This will not be a new product, but an additional feature on the existing platform, which can be enabled with the purchase of an additional license.

The startup was founded in 2015 by Ashuvinder Ahuja who had earlier served at marketing automation startup WebEngage and education search platform Studyplaces.com.

Last month, AppAlert received https://www.techcircle.in/2016/03/18/school-bus-tracking-app-appalert-raises-900k-in-seed-funding/ a seed funding of $900,000 (around Rs 6 crore) from US-based serial investor Narinder Singh and another unnamed investor. There are no plans to go for a follow-on round of funding as of now, said Ahuja.

Almost any private school in the bigger cities of India catering to children from middle-class and upper middle-class families is a potential target for such apps. According to Ahuja, there are 25,000 private schools in the top 15 Indian cities. "Assuming each school has 10 buses on an average, we are talking about 2,50,000 buses," says Ahuja. "If each bus could hold 30 students, this would translate to 7.5 million users of the app," said Ahuja.

However, given that parents would have to pay for the app, scalability could be a challenge unless there is a government mandate passed to this effect, since the total addressable market is small.

"This is a need based solution catering to the school bus users," said Anil Joshi, managing partner of early-stage venture fund Unicorn India Ventures. "More tech oriented product offerings along with this could prove helpful in growing the size of the market."

AppAlert will be competing with school-bus tracking apps such as Northstar, Trackschoolbus and ItsMyChild which have already tied up with several schools in Bangalore, Delhi and Mumbai. ItsMyChild offers additional features such as keeping tabs on a child's activities at school, tracking school functions and fee alerts.