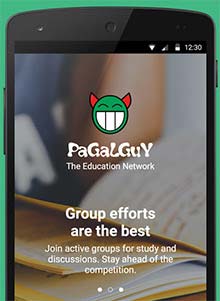 Education network Pagalguy, run by Inzane Labs Pvt. Ltd, has raised and undisclosed amount in its pre-Series A funding from Blume Ventures for its Prepathon app which provides virtual training for students preparing for competitive exams.

The funds will be used to add 50 more courses to Prepathon, which currently has courses for banking, government, management and engineering exams. The app, which was launched in August 2015, has 1,50,000 users.

The Mumbai-based startup was founded by Allwin Agnel, who holds an MBA from The Wharton School, in 2002. Pagalguy is an online community for students to compare colleges and discuss topics related to educational courses.

In the edu-tech segment, the biggest investment has been in Byju's, which raised $75 million (about Rs 500 crore) from Sequoia India and Belgian investment firm Sofina.

Prior to that, financial services and analytics education startup Imarticus Learning raised $1 million (around Rs 6.7 crore) from a group of investors, including VC fund Blinc Advisors.

In December 2015, Bangalore- and US-based edu-tech startup Springboard (formerly known as SlideRule) raised $1.7 million (Rs 11.3 crore) in a seed funding round from a clutch of investors.