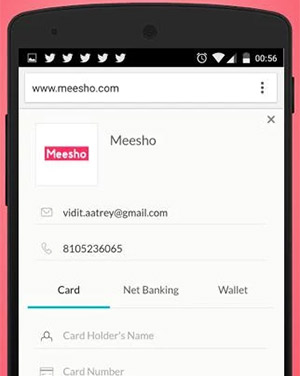 The two people did not want to be named. They also declined to name the other investors.

A business-to-business (B2B) platform, Meesho, previously called Fashnear, allows sellers to set up an online shop through its platform and also facilitates sharing on other social media platforms such as WhatsApp, Facebook, Pinterest, amongst others.

The Bangalore-based startup was founded by IIT Delhi alumni Vidit Aatrey and Sanjeev Barnwal in 2015. Aatrey has previously worked with InMobi and ITC, while Barnwal has worked with Sony and Samsung.

Another player is Snapdeal-owned Shopo, a zero commission marketplace which allows individuals to become sellers at the click of a button for both new and used goods.